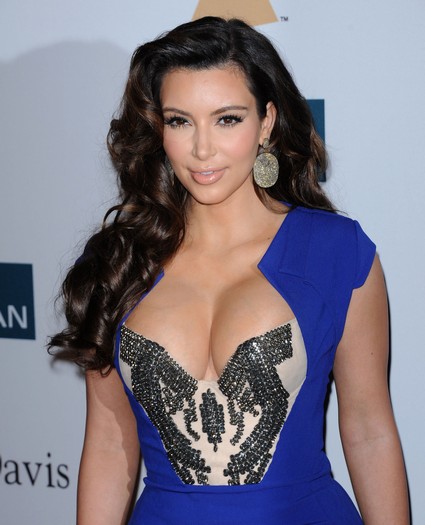 There is noise on the web this morning that a new Kim Kardashian sex tape has leaked showing Kim performing unmentionable acts on a white guy.  We discovered this while looking around the web in our continuous search for the latest and most interesting celeb news and gossip. In no way can do we vouch for the authenticity of the tape or even if it is actually Kim we see. However, the stills we saw sure looked like Kim.

MediaTakeOut.com just got wind that some people on the INTERNETS are saying that Kim Kardashian has a sextape. We can not confirm the authenticity, but the pics show a woman who LOOKS LIKE Kim K . . . sucking off some White dude.

We ain’t hosting that ISH on our FAMILY FRIENDLY SERVERS, but someone else did. Can’t say FOR SURE who that is in them pics . . . but it sure LOOKS LIKE KIMMY!!

Of course Kim is no stranger to sex tapes. In 2007 Kim used the mysterious leak of her sex with Ray J to help her rise to fame – and pocket a cool $5 million!

Vivid Entertainment bought the rights to a leaked home movie for $1 million and released the film as Kim Kardashian: Superstar. Kim subsequently sued Vivid trying to reacquire the rights to her own tape -hey, why should she let them make all the profit! The Kimster eventually settled with Vivid for $5 million. Anyway – with Kim being the most talked about celeb these days it is unlikely that she needs another sex tape leak.

On the hand – the only thing Kim ever did really well was to make and leak a sex tape – we don’t believe that she wasn’t behind the whole deal from the start – and now with all the bad publicity she gets for her joke of marriage and with Kris Humphries talking about her fake reality TV shows perhaps she has decided to return to her roots!