Snooki To Get Her Own Reality Show About Pregnancy? 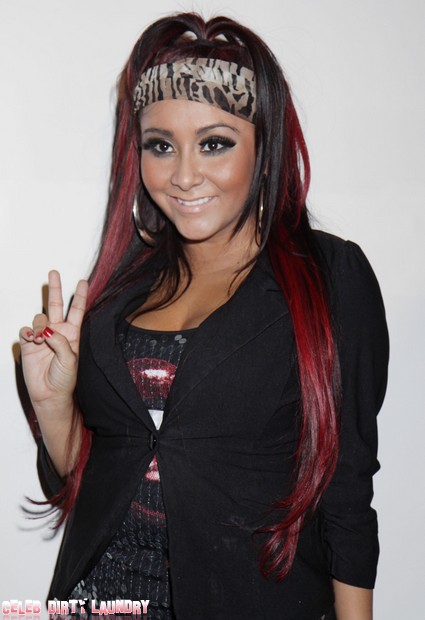 Just what has the world come to? Not only is Jersey Shore’s Snooki – real name Nicole Polizzi – pregnant, but now MTV wants to give her her own reality show which will follow her during her pregnancy.

While it hasn’t been confirmed that Snooki is expecting a little meatball with boyfriend Jionni LaValle, producers have apparently requested the use of a baby store in Jersey City, further sparking the rumors that a spin-off show will follow.

Snooki, on the other hand, is busy filming a Jersey Shore spin-off show for MTV and has already had to deny the rumors that she’s pregnant. Meanwhile, recent photos of her have shown her strategically trying to hide her stomach area with large bags.

TMZ reported that the company behind the hit show Jersey Shore requested the shop owner for permission to shoot inside. This might mean nothing, but if it’s true Snookster is going to have to come clean sooner than later. She’s currently filming a spin-off with fellow Jersey Shore cast mate JWoww, and I can’t imagine how fun that is going to be sans booze and partying.

More: Pregnant Snooki Wants To Be The Next Kourtney Kardashian

Stay tuned for the pregnancy report….I know it’s at the forefront of all your minds so I’ll do my best to keep you in the loop!