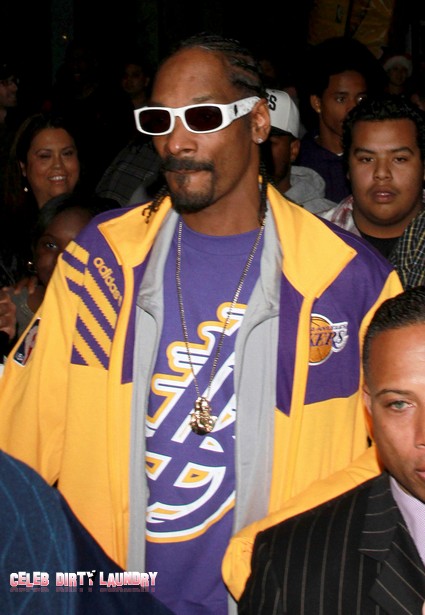 Snoop Dogg has reportedly been arrested for marijuana possession and faces 6 months in jail.  Snoop who has been jailed on numerous occasions over drug and firearm possession charges in the past – had his tour bus stopped by law enforcement officers at a border patrol checkpoint in the small Texan town of Sierra Blanca over the weekend, TMZ reports.

During a standard inspection of the vehicle, police were said to be alerted by a sniffer dog to a red prescription bottle containing several joints inside, believed to amount to half an ounce of weed. The animal had alerted the agents to a possible discovery hidden in a waste basket in the back of the vehicle.

Law enforcement sources claim Snoop admitted the cannabis was his and while he has a prescription for the substance in his home state of California, there is a zero tolerance policy for the drug in Texas.

Snoop was issued with a citation for misdemeanor drug possession and released, but if he is convicted on the charge, he could face up to 180 days in jail.

Snoop has previously admitted he is honest with his three children about his troubled past, as he would rather tell them himself than let them learn from other places.

He said: “My kids know who I am, I explained it to them, the things I’ve done, the time I spent in jail, the reason why I went to jail, when I sold drugs.”

“I told them everything so they could know from me first, as opposed to going on the Internet or hearing about it from somebody else. They can make up their own minds and say, ‘Well my dad told me this, I know how my dad gets down so I believe him.'”