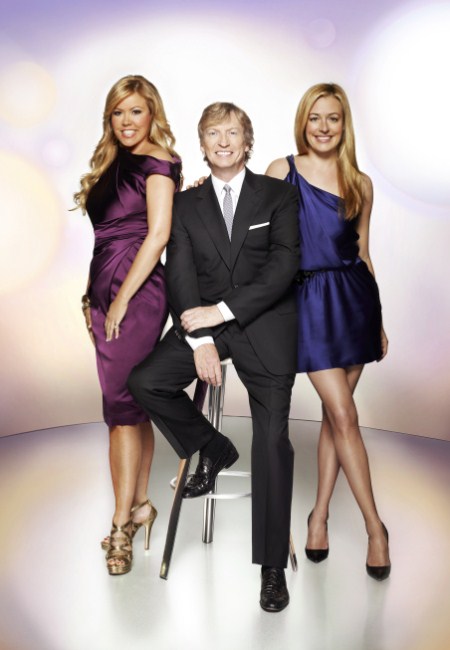 So You Think You Can Dance 2012 returned last week with a two hour premiere and there were a lot of changes. Did you see the episode? If you missed it, you can read the full recap HERE.

The best performance for me last week was Shafeek Westbrook, a street dancer who loves to flip over things and he flipped his way around the stage and it got him a ticket to VEGAS! There is just an elegance about him that’s intriguing while at the same time he leaves everyone in awe of his artistry on stage.

Last week SYTYCD took the top spot with the 18-49 demographic with it’s premiere episode, but will it keep on top of the ratings board now that it is moved to it’s regular Wednesday night time slot?

Now, just to recap you on the changes; the two hour show will include both performances and elimination, as well, the ninth season will also have two champions, a male and a female.

Tonight’s SYTYCD auditions are in Los Angeles with host Cat Deeley and I can’t help wonder what kind of unsual and weird acts are going to come out of “Hollyweird”.

We will be live blogging the So You Think You Can Dance Episode 2 from 8pm – 10pm EST. So make sure to come back to this spot and spend the evening with us enjoying the fabulous dancers! Make sure to refresh often so you get the most up-to-date info!

The first dancer up tonight is Alexa Anderson, she made it to the Green Mile last year, but was cut. Nigel is so impressed this time that he doesn’t even want to discuss it, he just wants her to go through to Vegas.

Jontel “Johnny Waacks” Gibson brings his whacking to the stage. Nigel is really wondering if he is good enough to do other dances. Mary loves him and he’s going to choreography.

Eliana Girard is very experienced, she has even done Cirque de Soleil and all at 20 years old! She gives an awesome performance and it shows, Nigel loves it and calls her one of the best girls this season. Mary thinks she is a top 20 contender for sure, Jesse loves her spirit and she is heading to Vegas.

Some other dancers move on to Vegas, but we just get a glimpse of their performances.

We get to see a memorable paring, Nick and James Aragon, “The Ninja Twins”. They are fantastic and unfortunately they are 32 years old and Nigel announces that hey can’t move on but he loved them as well.

Sam Lenarz’s is essentially homeless, so she lives with her best friends family. She gives it her all but Nigel thinks she needs to have more heart, Mary wants her to just let go and the judges decide to give her a chance to prove what she has and sends her to choreography.

Caley Carr surfs, skates and mostly, loves to tap dance and has an odd mustache. Jessee thinks he is fantastic, Mary likes his confidence and he is off to choreography.

Megan Branch brings her mom with her because she has made a lot of sacrifices for Megan to be there. She is a very good dancer, Mary thinks she looks like butterfly and has a lot of potential. Nigel was also very impressed and Megan gets a ticket to Vegas.

Cole Horibe channels his martial arts in his dance routine. Nigel was completely shocked, he loved it. Jessee loved his presence and Mary thought his legs were like lightening. Another great dancer makes it straight to Vegas.

Stephen Jacobsen is going to do ballet with his shirt open flashing a six pack. The judges are clearly not impressed and Nigel stops the music. Nigel tells him it’s a corny piece that a ten year old could do. Nigel and Mary want him to dance to another song and he redeems himself, it’s a ticket to Vegas,

Next, we get to see some dancers that return from previous seasons to give it another try to make it through.

Jonathan Anzalone took four years to come back and he is ready to show them the new him. He is strange, Jesse thinks he is really talented, Nigel calls him a contortionist act more than dancing and a bit strange. Nigel gets him a partner and they dance so raunchy that Jesse runs on stage and give them money. It’s on to choreography so Jonathan can show us what more he can do.

Jasmine Mason is next and for the last three season she has watched her brother Marshea audition. Sadly, her brother was pronounced dead in a car accident six weeks ago, he was in a coma for two days and remarkably is still alive and ready to audition. Jasmine is up first, Nigel loved it – she poured her heart and soul into it. Mary found she danced so maturely and Jesse loved everything about her, it’s on to Vegas for her.

Marshea is on stage for the first time since his accident – Mary stops the music and calls him incredible. It’s on to Vegas for him with whole bunch of hugs.

On to the choreography round; Robert Roldan and Courtney take the contestants through the dance steps and some find it too difficult. David Matz, Caley Carr, Jonathan Anzalone and Johnny Waacks are all heading home. Although, Sam Lenarz and 20 dancers in total from Los Angeles move on to Vegas.

Next week, SYTYCD goes country when they head to the south.