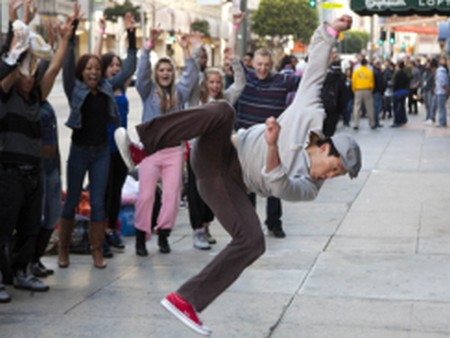 Tonight on FOX is an all new episode of So You Think You Can Dance. On tonight’s show the top 20 will be introduced. If you missed last week’s show, the “Vegas Callbacks”, we have a full and detailed recap here for you.

On last week’s SYTYCD it was the Vegas “Call Backs”, the open auditions were over and 181 contestants were left and in 8 gruelling rounds over four days, the top 20 was getting a lot closer. Not everyone was able to take the pressure. The judges were looking for dancers that could stand tall, genuine super stars. The judges last week were; Lil C, Debby Allen, Tyce Diorio, Mary Murphy, Adam Shankman and Nigel Lithgow.

In a shocker last week, Joshua tried to do a new trick and flipped backwards then passed out, he lefrt in an ambulance. Joshua’s accident shook everyone to their core. and the show makes us wait until tonight to find out what happens to him.

Tonight on SYTYCD the top 20 will be revealed, are you excited to see who makes it? After weeks and weeks of auditions SYTYCD will unveil its Season 9 top 20. Tonight is the show’s 200th episode and there will be nine performances with returning choreographer Mia Michaels there to assist the dancers. The guest judge this evening  is Zooey Deschanel.

Stay tuned for our live coverage of the show tonight at 8 PM EST! Meanwhile, let us know what you think of  season 9 so far and who do you want to be in the top 20 of  “So You Think You Can Dance?”

RECAP: Who has made it to the top 20? We find out tonight. Zooey Deschenel is the guest judge for the 200th episode. The 35 dancers that made it through Vegas arrived in Hollywood last week, each with their own unique story. The auditions are over, the top 20 is just around the corner.

Tonight we will meet the top 10 girls and the top 10 guys. First up tonight is Alexa, she is the last girl to be cut last year, so appropriately , she will be the first girl this year to find out if she makes it.

Alexa is really nervous, she looks beautiful. She is on the show, Alexa made it to the top 20. Waiting outside is George Lawrence II, he is also in the top 20, as well as Will Thomas. Megan Branch is next, the judges have loved it, do they still? Nope, Megan didn’t make it, her journey is over. Collin Fuller also didn’t make it. Amber Jackson is a SYTYCD veteran, will she make it this year? Amber makes it to the top 20 Thefirst four dancers to make it to the top 20 are performing to “We Found Love”.

Nigel thinks Will has to move his big body as much as the smaller ones. He is amazed how unattractive Amber was before and now she is a star. Alexa found her performance and Nigel doesn’t want her to loser it. Nigel says that George would still shine if all the lights went out.

The next person to find out his fate is Nick and he is about to have another breakdown in front of the judges, he makes it.

Whitney and Lindsey are next, they are both friends, they are only looking for one ballroom girl. The judges deliver the news, Whitney is in the top 20.  Nick, Lindsey and Whitney are performing to “Dance Again”.

Mary loved it, she said “the train just pulled up to the station”, she loves having three ballroom dancers. Although, Mary wants a little more from Nick, the girls are the hottest tomales.

Zooey loved it, she found the two girls were really synchronized and was a little worried for Nick, overall she really enjoyed the routine.

Eliana faces the judges, she made it. Two ballet boys now are fighting for their place in the top 20. Keon and Daniel will find out their fate, they make it and do a ballet performance with Eliana.

Nigel loves that these professional dancers gave up their careers to come on the show.  Desmond Richardson choreographed this routine.

Tiffany finds out if she makes it through, it’s a yes. Audrey is up next, she made it to the top 20. Bad news for Abigail, she didn’t make it and neither did Caitlyn, Catie or Rebecca. Janelle is next, she took Vegas by storm, will she do it again tonight? Yes, she made it.

Zooey loved it, she found they were a great pair, very beautiful choreography. Nigel shows off Melanie Moore, the season 8 winner, she is in the audience. Nigel think the girls looked like two dancing Pebbles, from the Flintstones.

Joshua Alexander ended Vegas week with an accident, he never got to perform his solo. Now Joshua faces the judges who are all happy that he is fine, but he is not going to make it. Others that did not make it are; Blake, Jasmin and Daniel.

Zooey loved it, she found that Emilia stood out the best, so beautiful. Mary loved the routine and found the dancers were out of the radar.

Cole is next to find out if he made it or not, Mary tells him that she loved his speed and power, he made it through.

Aaron and Zack, the tappers, both didn’t make it.

Two spots to fill left, Devon and Brandon, two steppers are up and they have really never had a stepper on the show.

Only one place left and there are two dancers, Feliciano and Cyrus. Cyrus made it through with a warning from Nigel that he better make it happen. Cole, Brandon and Cyrus performing to “Resolve”.

Nigel loved it and he can’t believe that Cyrus is still on the show. Mary thinks they hit it out of the ballpark. Zooey is speechless, she was really blown away.

The top 10 girls perform a routine to “Where The Lights Get In”.

Nigel thought it was absolutely beautiful, he loves the way Travis’ choreography flows. Zooey thought everyone was so lovely and tells all the girls to enjoy it.

The top 10 men perform a routine, but first Sonia makes them practice with their shirts off, oh yeah! There is some serious testosterone on the stage, Mary Murphy is probably thrilled.

A standing ovation for the guys, Nigel is delighted now that there will be a male and female winner, but he is unsure about the maternity pants that the men are wearing.

Mary loved it, it was just great, very strong. Zooey admits to not having any upper body strength and tells the guys she could never join them on stage, although she loved what they did.

Another standing ovation, Nigel welcomes Mia back home and tells her that she has been missed.

The show is not on next week, they are taking a break for fireworks. Don’t forget to come back on July 11th for an all new episode.