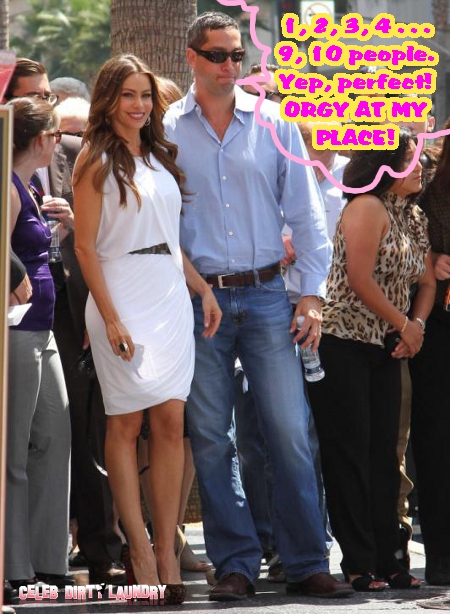 The story of Nick’s wild ways appeared in a recent edition of the Enquirer and, as Radaronline reports, two prostitutes came forward with the scandalous news. The prostitutes claim that Sofia is totally “in the dark” and doesn’t know anything about his private, alleged behaviors.

“He takes large doses of Viagra and provides sex toys, lingerie and drugs, including Ecstacy. He doesn’t use it but he likes the girls to take it because he believes it makes them enjoy sex more. His favourite thing is to watch two women make love while he has sex with another girl.”

The other girl says that she “definitely thinks he’s a sex addict.”

Um, well, yes, based off of the above information, I’d definitely say he’s addicted to a lil’ somethin’ somethin’. I’m sure Sofia Vergara has a pretty spicy life, but I think this might be a little too spicy even for her.