Spoiled Kate Middleton Complains About The Pressures Of Baby 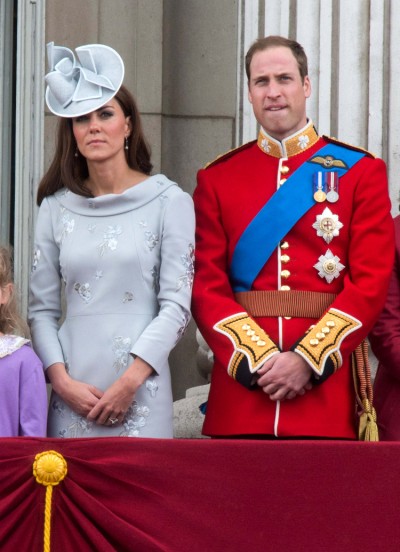 The baby pressures are getting to Kate Middleton and insiders are saying that she’s breaking down from all the royal baby bump scrutiny.

The world, myself included, cannot stop wondering when Kate and Prince William will make the announcement. Even the Queen is in on it. “Kate knows that the queen would love her to get pregnant before the end of the jubilee year. But she feels that the whole world is watching and waiting for her to have a baby,” an insider told OK! magazine. “Kate got quite upset on more than one occasion because the emotion was getting to her. All anyone ever asks her these days is when is she going to have a baby. It’s driving her nuts.”

The source also said that Kate and William have been trying for the last three months, which is contrary to the news that the couple is waiting until after its Asia-Pacific Jubilee tour later this year. So she could be frustrated because she hasn’t been given the royal OK to start trying for a baby or she could be upset because she hasn’t been able to conceive yet. It sucks either way.

Here’s the deal – if William is trying to get Kate pregnant then it’s probably stressful enough without the whole world talking about it. Baby-making can be difficult even without nosy biotches like myself making comments along the way. And this is really one of the only times we’re heard about Kate cracking under the pressure. She’s been pretty tough since she became a Windsor, maybe tougher than William even expected.

But I think Kate knows she’s had it pretty good and is ready to produce some results.  She spent this past weekend visiting kids and when they asked her what it’s like being a princess she said, “Well, it’s been very busy and great fun…but I am very well looked after. William is very sweet and kind of spoils me.”

I think he probably does coddle her a bit. Isn’t that why he didn’t marry her (or why he told her he didn’t marry her) for so long because he wanted HER to make sure this is the life she wanted. Honey, she could have told you that on day one! So I think there might be a sense of urgency in wanting to give the royals (and the country) something when they have embraced her and given her so much.

Remember, Kate is not the free bird type. Kate works out. Kate worries. Kate reads the press. She’s wound tight. I don’t know if I believe the royal couple are trying to procreate just yet, but it would be naive to think she’s not worrying about fulfilling her duty. If it doesn’t happen soon, the rumblings and malcontents won’t stop – they’ll just get louder. And if anyone knows about how the media reacts while it’s waiting for a big announcement it’s Kate Middleton.