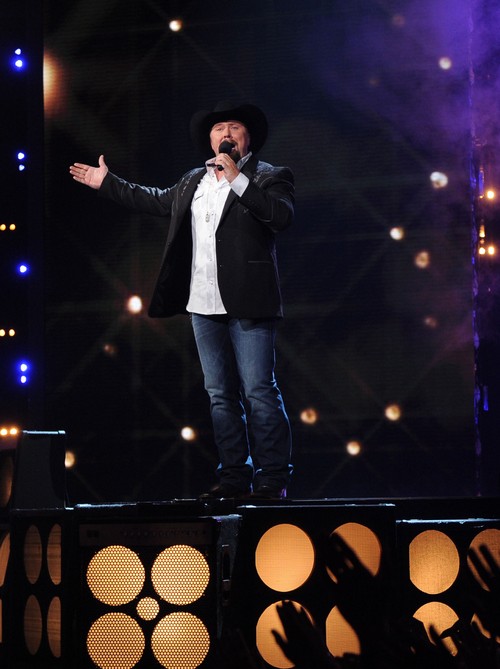 Tate Stevens took the stage tonight on THE X FACTOR USA for his Top 10 video performance.  Tate sang “I’m Already There” by Lonestar.  Tonight’s show the top 10 performed live in front of coaches Simon Cowell, Britney Spears, Demi Lovato and AJ Reid for America’s vote and to make it another week.

Judges’ Comments: There was a typical Tate knock it out of the park performance. “Britney Spears thinks it was awesome. Both Demi Lovato and Simon Cowell thought it wasn’t as confident as usual but still great. LA Reid loves his confidence and the fact that America loves him.”

Trent seems like such a nice man.  He dedicated the song to his father for the person he is giving thanks to tonight.   Vote for Tate Stevens: 1-855-THE-XF-01