Taylor Swift And Conor Kennedy Dating And Moving In Together Already? 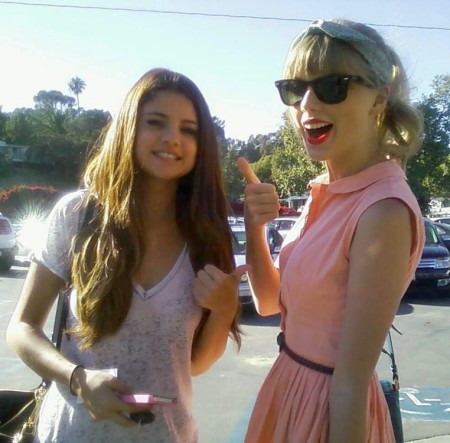 When Taylor Swift decides to like a guy she really decides to like him. Case in point with Conor Kennedy. Taylor was spied at the Kennedy compound in Massachusetts over the weekend confirming that she and Conor are an item and his family seems to approve which is always a good way to start a young, fast-paced, summer romance.

Conor is the grandson of the late Robert F. Kennedy and just lost his mother, Mary Richardson Kennedy, who committed suicide in mid-May. Radar Online reports Conor’s aunt, Rory Kennedy, played the matchmaker for the two after she took her daughters to one of Taylor’s concerts. Things seem to be in the early stages but the couple appears happy and basking in their young love. “I was out to lunch with a few friends in Mount Kisco and as we’re walking down the street from the diner, we see Conor Kennedy emerge from a pizza shop with Taylor Swift right behind him,” an eyewitness told RadarOnline.com. “They were holding hands and both had huge grins on their faces. Taylor playfully leaned into him as they walked.”

I would have no problem with this if Conor wasn’t 18 years old. Taylor is 22. Four years is a big age difference even for a Kennedy man. I have no doubt he’s mature, especially with the sh-t things he’s had to deal with lately. But shouldn’t he be thinking about college? And doesn’t Taylor know her history? Kennedy men aren’t known for behaving when their wives aren’t around. Oh, but let’s not go there! Taylor’s happy and in love! Her new album will be upbeat and positive! But there are signs – signs that the singer might be jumping the gun on this relationship. Lainey Gossip got the exclusive details that Taylor has already put an offer down on the property next to the Kennedy compound. Say what? Why?! Can’t she just visit for a few years before jumping the gun? Why did she have to pull a Miley Cyrus? (BTW: “pulling a Miley” is a term now. I just found out!) Again, what is Taylor going to do when he goes to college? Is she going to enroll too? I could totally see her doing that.

Taylor Swift reminds me of Jennifer Aniston. There are always those rumors that Jennifer’s uber clingy and that ultimately scares her men away. Is Taylor clingy? She’s 22. I’d say so. I wonder if Patrick Schwarzenegger thinks he dodged a bullet with that one. The media had pegged Arnold Schwarzenegger’s son as the reason Taylor was hanging with the Kennedys all summer but word got out that Patrick’s mom, Maria Shriver, was so not about it. He must have just been playing Conor’s wing man.

Perhaps Rory is chiller than Maria over the relationship because she just wants Conor to relax and have fun for awhile. I can get with that. I hate to say it but Conor is hotter than Patrick too. He’s gorgeous with that John F. Kennedy, Jr. curly mop on his head, full teeth and casual tan. He’s 18 so I can say these things! So sure, have a fun time kids, just don’t go too fast. Unfortunatly, telling Taylor to slow down on picking out the china pattern is like telling Robert Pattinson’s fans to ease up on Kristen Stewart… it’s just not going to happen!

How do you like Taylor’s new romance? Is she moving to fast and sure to end in heartbreak yet again?