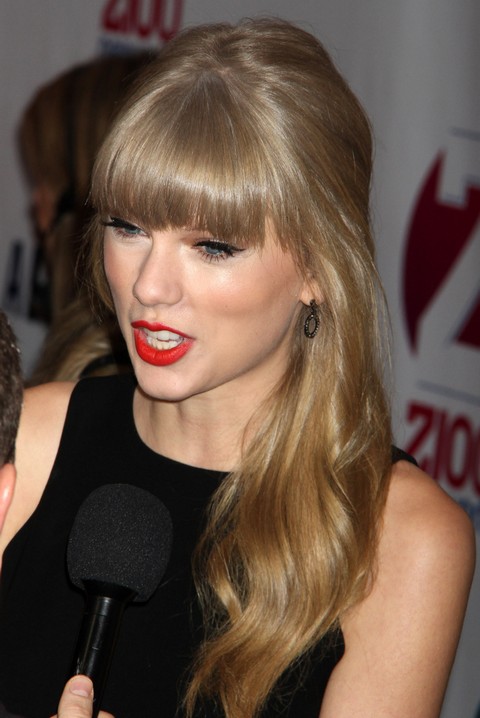 Let’s all take a moment of silence to congratulate Taylor Swift on her latest indiscretion… Nah, screw it, she doesn’t need silence, she just needs a huge round of applause and backtrack laughter from a nineties sitcom. According to latest reports, Swift didn’t cheat on Conor Kennedy with Harry Styles as was initially reported. No, the man-eater isn’t that stupid. Instead, Swift cheated on Styles with Kennedy. (Lovely!)

If you’ve been staying up-to-date with the Swift/Styles news, you’ll know that Swift started dating the One Direction member in March, but, during the summer of 2012, Swift had a little bit of pimple fling with the Prince of the United States. Insiders reveal, “They had a couple of dates back when they met, but the timing wasn’t right. They were busy with work, then Taylor met Conor Kennedy and fell hard for him.”

However, Styles wasn’t peeved off with Swift’s little indiscretion. “As soon as Harry found out Taylor was single again, he went after her. Dating has always been a bit of a cat and mouse game for him, and he’s never really had a girl say no to him before. When Taylor started dating Conor so soon after their dates, it made Harry realize how much he likes her,” the insider explains.

Should we believe it? No. Should we report it? Yes. If there’s an even a drop of cheater juice in Swift, we want to be the first to know about it. She’s dated more men than a call girl can handle, but she’s still as relentless as a bee in a bathtub. Styles might be her one and only love for the next semester of the year, but come summer 2013, this man-eater will have her sights set on new prey. (Cheater or not, here she comes!)

Do you believe that Swift cheated on Styles? Or do you think it’s a load of bull? Let us know your thoughts in the comments below.