Taylor Swift Orders Conor Kennedy To Quit School And Get Her Pregnant! 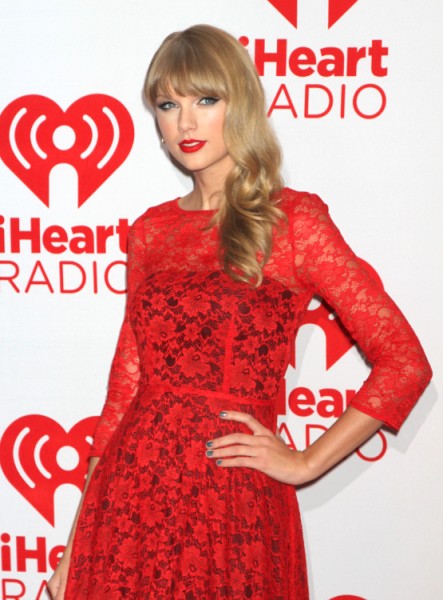 And the crazy pants award of the day goes to Taylor Swift! The pop singer is so elated at the idea of becoming a Kennedy woman she’s put her relationship with Conor Kennedy into overdrive. The National Enquirer reports Taylor hopes to walk down the aisle by the end of the year and wants babies to follow as quickly as possible!

Who wants to be a Kennedy wife? Read your history books Taylor! Life is not easy for the Kennedy women who marry into the family. Does Taylor think she’s just what the family needs to beat the Kennedy curse? No wonder, Maria Shriver and Caroline Kennedy can’t stand her. Taylor’s working way too fast!

Taylor Swift is hatching a secret plan to elope to Las Vegas with her 18-year-old boy-toy Conor Kennedy – and as soon as she gets hitched, she intends to get pregnant, say sources. Swift is so impatient to make Kennedy her last name, she’s aiming to say “I do” before the year’s end, the sources add.

“Taylor has made up her mind that Conor is the man she was meant to marry,” an insider tells The Enquirer. “She doesn’t want to wait any longer. Taylor has told him he can put off college for now and become a full-time dad.”

Already, the smitten singer can’t bear being apart from Conor. Recently, Swift flew to Massachusetts to be with her soulmate as he was starting his junior year at Deerfield Academy. On September 15, they went antiquing… with an eye towards marriage.

“They were browsing for the kinds of things they’d like to put in their love nest,” said the source. “Taylor’s absolutely obsessed with the idea of becoming a ‘Kennedy Wife’. It can’t happen soon enough. She’s excitedly talking about tying the knot in Las Vegas before the end of the year.

There’s no way in hell a Kennedy man is ditching college to follow his pop star wife around and change the baby’s diapers. Hells to the no! No wonder Taylor’s been broken up with so many times. Girlfriend is a straight up stalker and doesn’t know how to RELAX. You’re in love? Awesome. You want to spend all your time with your boyfriend? Naturally. But that does not mean you tell him to drop all his plans to be with you because then everything you liked about him to begin with will start to fade. There will be no more Conor Kennedy – only Taylor and Conor – and while that’s cute at first, it can’t last!

Look, I don’t even believe this story that much. I bet Taylor is talking babies and marriage because it’s Taylor Swift. But how serious can she be? Am I being naive? I actually feel sorry for Conor. Not only did his mom tragically pass away but now he has to deal with Taylor after he eventually breaks up with her. I wouldn’t wish that on my worst enemy!