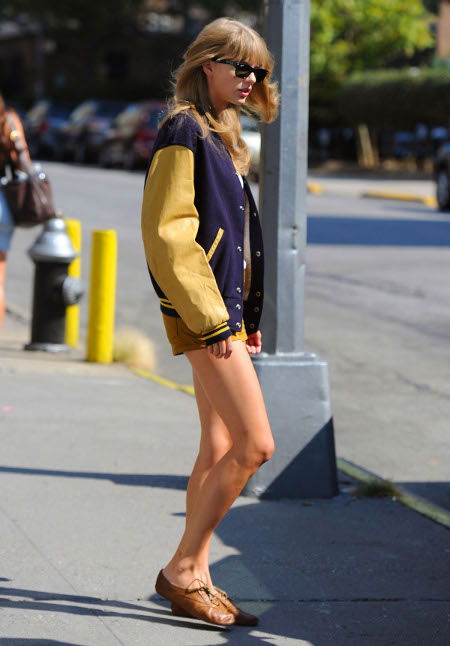 It would be dumb to try to pretend Taylor Swift isn’t famous. She’s sold hundreds of thousands of concert tickets, toured in over a dozen countries, and her new singles always top the charts. However, that doesn’t necessarily make her the most famous. Taylor is no stranger to performing on stage, and so I was a little surprised to read what she said during a pre-VMA interview with MTV.

“You get really nervous,” Swift admitted to MTV. “It’s a mixture of all these emotions of excitement of nerves of planning, of making sure that you have enough rehearsal time, know all your blocking … ’cause the thing about the VMAs is, the people that help put together the performances are honestly some of the best people you have ever worked with and they put together these huge, vast, massively entertaining performances and you have to make sure that you are ready to go onstage and face the entire world of music fans that are watching that show.”

Sure, the VMAs will be watched by millions. But I would say that, compared to the two billion people watching Kate Middleton walk down that very, very long aisle last April, Taylor has no reason to fear. Besides, Taylor, it isn’t as if you are doing a stand up show in granny panties. Apparently she hasn’t heard, but there will be other performers. You might even call Taylor a drop in the bucket.

Apparently Taylor’s mantra has become, “Do not mess this up. Everything will come crashing down if you mess this up!” Sorry Taylor, but if one of dozens of performers messes up, chances are you’ll just end up exiting stage left, while One Direction comes in from stage right and start dancing around in their tight, bright pants.

Then you can go and tweet a video of yourself repeating, “I just can’t believe this. I love you all so much! Look at these pictures of my cat!” while shaking your hands emphatically. Besides, if you do mess up, I bet it will be during the part of the show that everyone assumes will be boring, and so uses as a bathroom break, or to feed the cat or something.

What do you think? Will Taylor be fearless at the VMAs, or telling herself she should’ve said no to performing?