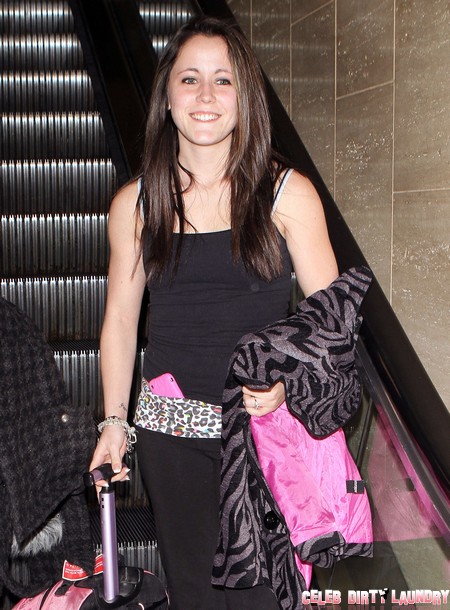 For the past couple days, Teen Mom 2‘s Jenelle Evans has tweeted that she is filming, which Teen Moms commonly tweet when they are being filmed by MTV’s camera crew. Although she does not specify what she is filming, one can only assume it is related to Teen Mom 2, since has no known contracts or agreements to be filmed on any other show thus far.

This could mean one of two things: either Teen Mom 2 has not wrapped up filming for it’s fourth season (which goes contrary to earlier rumors that filming for Season 4 has wrapped up) or that unlike the original Teen Mom series, there will be a fifth season of Teen Mom 2. The latter is unlikely, since the original Teen Mom series only had four seasons. However, that may or may not be due to the fact that one of their four cast members, Amber Portwood, is currently in jail, which would make it awfully difficult to film her. Given that none of the cast from Teen Mom 2 is currently in jail, it is possible to film a fifth season, though unlikely.

Before you ask, they are definitely not filming the Teen Mom 2, Season 4 Reunion yet, because according to Onset Productions, that is not scheduled to be filmed until November.

Regardless, it will be interesting to see how much of what is currently going on the cast of Teen Mom 2’s lives will actually air.