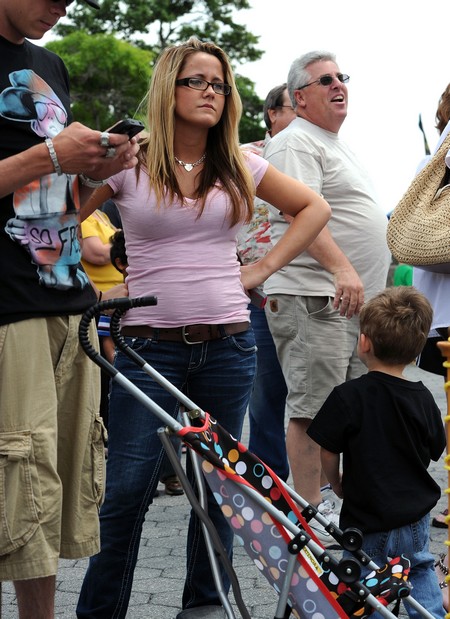 Teen Mom 2 Jenelle Evans seems to be in a forgiving mood as she is hanging out with Gary Head AND the friend who slept with him, Victoria Killem. She is now back friends with her former best friend Victoria who she refers to as Tori. If you remember a while back the Teen mom 2 star quit being friends with Tori after she slept with her fiancé Gary.

The Teen Mom 2 star then took a break from Gary for a few weeks. During that time Jenelle claimed her former best friend sold her out with a story that Jenelle was cutting herself she said that Tori used her for money and a phone. She also said she was done with Tori.

Then a week ago Victoria commented that the Teen Mom 2 star Jenelle’s new breasts looked good. Which then started a twitter battle between Jenelle, Victoria‏ as well as Gary to which the Teen Mom responded with some very anger filled tweets. It seemed like the two were done forever. Victoria‏ did keep posting tweets to Jenelle saying how much she missed her and how sorry she was.

Jenelle first tweeted that she and Gary were going to see Tori. Gary didn’t seem too thrilled to see Tori because not long after that Jenelle tweeted never mind Gary said we can’t come and get you. It seems like the Teen Mom 2 star got her way just a few minutes ago Gary tweeted that he, Jenelle and Victoria were at the Olive Garden.

Jenelle told Victoria to hurry up and be ready so the Teen Mom 2 star and fiancé were going to get tattoos but that was after what seemed like more trouble in paradise.