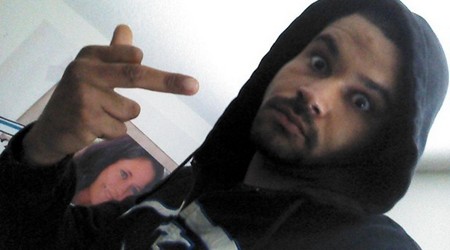 It appears that Teen Mom 2 Jenelle Evan’s ex-boyfriend, Kieffer Delp, is up to his old shenanigans again.  Sources are reporting that Kieffer went to jail over the weekend for outstanding warrants.  Of course we can count on Jenelle for her version of events.

“Omg lmfao FIGURES AGAIN, Kieffer got arrested. XD Yeah apparently there were old warrants he had in New Jersey and the police came by his mothers house to pick him up. His mom bailed him out for $1,400!! That’s a lot of money. His bail must of been HUGE! He is now released and back at his moms house making and selling harmful tobacco pipes.” Janelle posted this on her Twitter page almost immediately following the arrest, but not to be outdone, Kieffer also responded to her tweet with the following: “I got arrested at a bar and got an open container charge you forgot that lol since you know it all dumbass lolol #joke.”

Seriously?  These two need to take a second to access their respective unstable lives and stay out of each other’s.  Clearly their relationship was unstable to begin with.  Did we not learn from the show how little Kieffer respects Jenelle and how little Jenelle respects herself?  Jenelle, forget this pothead idiot and get yourself some therapy, stat!  Work on your self-esteem and better your life.

I’m going to guess that you forgot you had a child and even though your mother has custody of Jace, should you really be living your life as though you have no responsibility? You need to learn to love yourself before you can claim to love someone else.  And Kieffer… just get some help, period.  What kind of a man takes advantage of single mother to begin with?