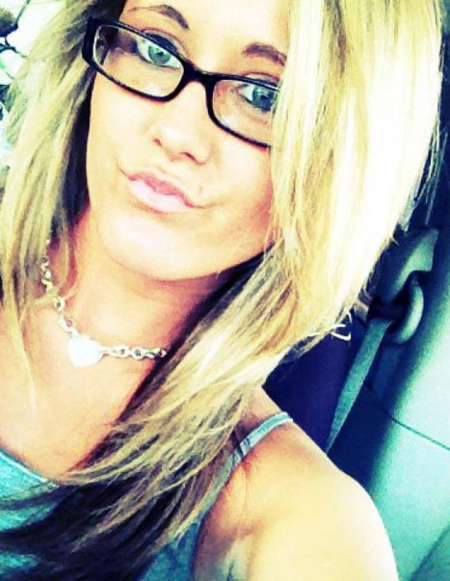 Teen Mom 2‘s Jenelle Evans and fiance Gary Head go to prison! Reportedly, the two are both behind bars after Head was charged with a domestic violence disturbance and Evans was charged with drug possession. Apparently the two were partying when they fell into a violent, disturbing argument. Gary, during the lil’ tussle, allegedly hit her several times, which resulted in his incarceration.

Gary Head will, if actually charged with assault, be dishonorably discharged from the military, as they don’t tolerate that kind of behavior. And, honestly, who should?

Evans was also arrested; she was taken in after cops discovered her in possession of illegal substances. When are these two going to learn and get their heads in the game?

In April the two got in a fight and Gary allegedly got physical with her then as well; however, during that time she didn’t press any charges against Head. By May the two reconciled, and on May 16 he asked her to marry him. Why the hell she thought this would be a good idea we’ll never know, but we suspect it’s because she simply couldn’t say no to the diamond sparkler he proposed with.

After being proposed to, the crazy-crazy Teen Mom tweeted, “I’m the luckiest girl in the world to have Gary Head in my life.” I wonder how lucky she’s feeling now behind those super awesome, chilly metal prison bars? What do you think about Jenelle and Gary’s twisted, messy life?

I wonder what their honeymoon will be like? Maybe they can get married in the prison cafeteria! That would be a fun time, don’t you think?

UPDATE : According to Teen Mom Talk, both Gary Head and Jenelle Evans have bailed out of jail . . . but Jenelle currently doesn’t have a phone because her super-awesome-catch-of-a-fiance apparently broke it in his anger.