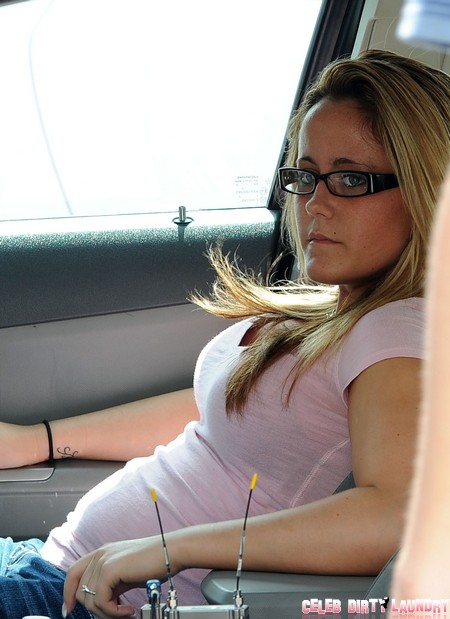 If there’s any consistency on the MTV hit show Teen Mom, it’s that the young mothers fail at relationships—over and over again! A shining example of this social disease is Jenelle Evans, who lost custody of her son after he was born. Since Jace’s birth, Jenelle has made several court appearances, has stolen her mom’s credit card, dated at least three different losers, and is a self-proclaimed pot head. Jenelle’s other hobbies include beating up her friends, especially when they borrow sweaters without permission,  and crying about all of her felony charges.

Now, Jenelle has moved away from boyfriend Kieffer Delp, who was often featured on the show as the homeless boyfriend who breaks into homes to do coke. Jenelle has recently been tweeting to her fans about his custom pipe business, but it turns out that his illegal drug-based business couldn’t sustain their love.

Jenelle has been tweeting a guy who lives in Orlando Florida, and considering her history with men, I’m worried! She’s already proved herself to be such a bad mom that she’ll drop everything to be with her loser boyfriends. Would it really be so surprising if she followed her heart to Florida?

Although Jenelle has come out and said, “I’m not dating anyone. Me and him talked for a couple of days but a long distance relationship would suck.” Some may see this as proof that there is no future for Jenelle and mystery boy, I think that we need to turn to her dating history to unlock the riddle!

Basically, a long distance relationship would suck, so Jenelle is probably planning to abandon Jace with his guardian (her mother) Barbara Evans, and follow her heart. Again. Because it’s worked out so well before! Girl needs a reality check. Get clean, go to school, get a job that doesn’t depend on MTV!