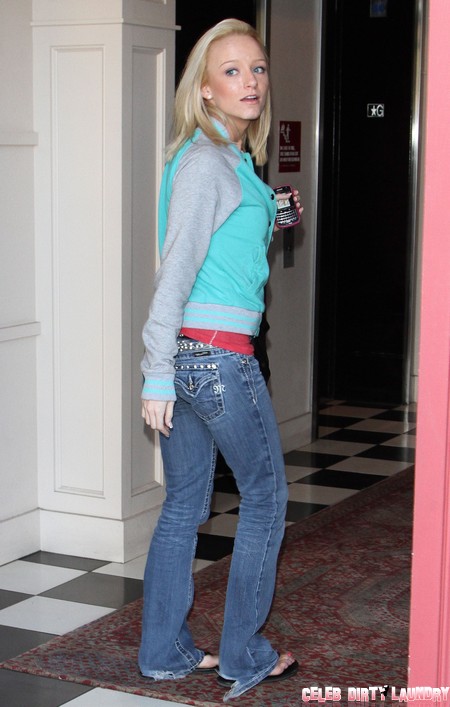 Is our favorite Teen Mom star Maci Bookout anorexic once more? Maci seems to be battling a new fight—and this has nothing to do with scumbag baby daddy Ryan Edwards. After being betrayed by long-term boyfriend Kyle King when she found he was using Facebook to talk to other girls (including his exes), Maci started jumping around from guy to guy. We told you about her hasty tweets about Tuesday nights out partying with friends, and it seems like it’s getting worse from there. Not only has she reportedly been flirting with her ex-boyfriend Kyle Regal, Maci has stopped eating and is unable to find a grip as she slides down the hill of unhealthy.

Teen Mom News reported that Maci recently begain a new diet and exercise program after hateful responses to photos she tweeted made her realize just how thin she had gotten. The source reported, “Maci realizes that she needs to get control of her weight, and is actively pursuing her goal of being healthier.” Being underweight can be even more dangerous than being overweight, and with all of Maci’s responsibilities, I doubt she can keep it up much longer. Chasing a 3-year-old around is exhausting, and Maci needs to make sure she is fueling her body correctly.

The story explains that Maci could be fighting “a very active metabolism” and “thyroid problems,” which make putting on a few pounds difficult. We all have that friend who is rail thin but eats four slices of pizza for dinner, right? Fortunately Maci is in the public eye, and so it sounds like her fans really helped her out by pointing out how much thinner she looks in photos. What do you think of Maci’s struggle? She’s going through a lot right now, and the emotional stress probably doesn’t help her health much. I hope that she looks less bony in future pictures she decides to send out to her Twitter followers.