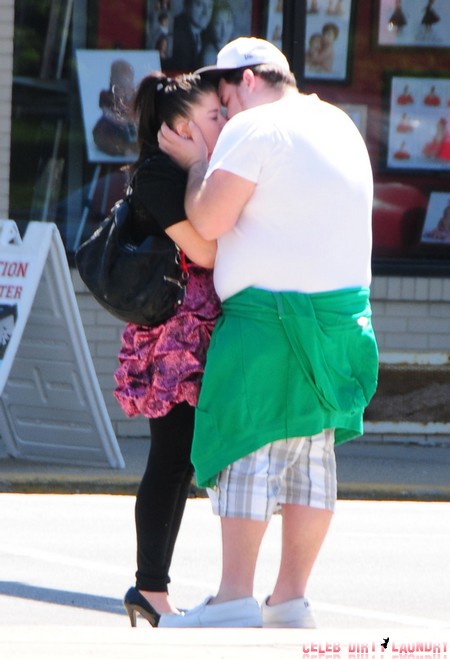 Amber Portwood is one of the sorriest cases to emerge from MTV’s Teen Mom series.  She ultimately signed her parental rights to young daughter, Leah, away because it would allow her to spend more time with the child. Confusing, yes so let me back up. Amber and baby daddy, Gary Shirley, have had a volatile relationship (I’m being nice here) and a judge ordered them apart. That cut into her time with Leah and believe it or not, the best way around the system was for her to give up her motherly rights to Leah.

She recently was rumored to be sick with some sort of oral infection that was compounded by the prison making her wait for six weeks for treatment. Her family complained loudly to the press saying that her health was suffering and her safety was now put at risk as well.  It is still prison right?  I mean, she believed it was a better option than freedom and so with that option comes hanging with the lowest members of society and not getting what you need, when you need it most. Didn’t anyone tell her this before she asked the judge to lock her up?  Was she thinking three hots and a cot with television all day and it would be cool?  Isn’t prison supposed to be that scary place that you don’t want to visit even for a minute?

Gary Shirley took to his Twitter to thank Amber’s fans on her behalf saying,

“Amber says thanks 4 all the letter they help her more than u know. She apologizes 4 not being able 2 write back every 1 They really help her.”

I have to wonder if being on Teen Mom did more harm than good in this case. Amber was already on track to be a total screw up, but did the popularity make it worse? Tell us your thoughts in the comments below!