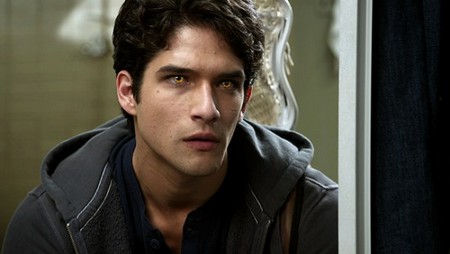 Tonight on MTV a new episode of our favorite series Teen Wolf airs. Tonight’s episode is called “Ice Pick.”  We will be covering the show with all the up-to-the-minute details at 10PM tonight, don’t miss our recap!

On last week’s episode Isaac’s father was murdered the night before a full moon.  So Isaac finally got away from his abusive father.  Scott, Stiles, and Derek planned a break-out.  If you missed last week’s episode you can read our full and detailed recap here.

What do you guys think of the new season so far? Are you excited to see who the new creature will be?  How do you think Allison and Scott will stay in their relationship, despite being mortal enemies?

We will be live blogging Teen Wolf at 10:00pm with all the up-to-the-minute details so make sure to come back to this spot and watch the show with us. Make sure to refresh often so you get the most current info! While you wait for the episode you can catch a sneak peek of the preview below.

RECAP: The first part of season two of Teen Wolf started off with a bang. We saw Isaac finally freed from his father’s abuse when his dad was murdered the night before a full moon. Scott, Derek and Stiles planned a breakout and Allison began her training.

Tonight’s episode begins with Allison getting gas and suddenly bound and gagged sitting across from her father. She’s told her training is starting now and that if Isaac is found on a full moon night he will be killed.

Gym class proves to be a challenge for Erica. She is trying to scale the rock climbing wall and has a meltdown. She comes back to it alone, determined to climb it without a mat to catch her. She falls when she begins to have a seizure and ends up in the hospital. Derek wheels her into the morgue for a little chat. She tells him that right before her seizures she tastes blood.

Stiles runs into Lydia in the hallway and rails her for ruining everything for him.  She ends up in the bathroom crying until she sees wolf feet outside the stall door.

Sarah strolls into the lunch room totally vamped up and looking like a different, hotter version of her previous self.  She has obviously been bitten.

Alison’s dad asks her to keep a close eye on Lydia and she sees absolutely no reason to keep tabs on her friend. The crew decides ice skating will be nice, safe fun. The only problem that they’ll have is staying upright on the ice. Lydia skates like a pro while Isaac and Allison decide the photobooth is much easier for them.

Lydia discovers a flower on the ice with a body beneath it.

Erica explains to Isaac why being bitten is better than suffering through the seizures she had endured. Allison is a few feet away listening to the heated exchange. Allison later tells Isaac that she doesn’t want him to be normal, but simply, alive.

Jackson heads out to the middle of nowhere to talk to Derek and instead finds Allison’s father who chases him away and tells him to stay out of trouble.  Stiles goes looking for Boyd and instead runs into a sexed up Erica.  She knocks him out cold.

Isaac does find Boyd zamboni-ing the ice and along come Derek, Erica and Scott who has been hiding out.  A werewolf smackdown ensues and you’ll need to tune in next week to see who is left in one piece!