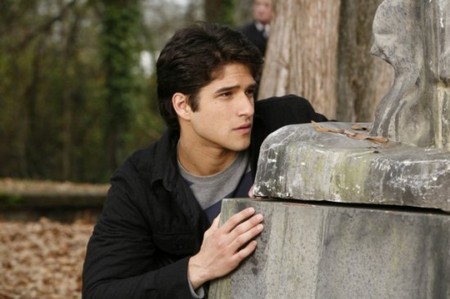 Tonight on MTV is an all new episode of Teen Wolf. On tonight’s show Scott and Stiles uncover new evidence about the shape-shifter. If you missed last week’s show called “Venomous”, we have a full and detailed recap here for you.

On last week’s episode the guys discussed the identify of the Kanima, and Lydia had another encounter with Peter Hale.  Derek becames convinced that Lydia is the shape-shifter and Scott needed to protect Lydia!  What did you think when the identity of the Kanima was revealed?

MTV Official synopsis: Scott and Stiles work to protect their friends when new information is revealed; Allison is tasked to investigate.

On tonight’s Teen Wolf titled ‘Frenemy’ Scott and Stiles uncover new evidence about the shape-shifter. In the mean time, Allison is given an assignment by her family.

Tonight’s episode is going to be an exciting one that you won’t want to miss, so be sure to tune in for our live coverage of MTV’s Teen Wolf tonight at 10 PM EST!  While you wait for our recap hit the comments and let us know what you think of Teen Wolf season 2 so far?  Check out the sneak peek video of tonight’s show below, while you wait for the recap!

Tonight’s recap: Tonight’s episode starts with Jackson appearing to morph into the Kanima and then we flash to Allison and Lydia talking in a car.  Allison is begging her to keep her mouth shut and to remember back to how she felt when she loved someone.    Scott and Stiles are trying in vein to figure out what just happened.  They end up in a gay club where the bartender realizes their id’s are fake and tosses them sodas.  Jackson appears hovering up in the ceiling, lurking above Danny’s head.

Lydia realizes her dog is outside and is really scared to go outside the gate to get her.

The Kanima comes down from the ceiling and bodies in the club start dropping to the floor in a line.

Stiles and Scott are trying to get Jackson away from the crime scene when his dad shows up to investigate.  Seven kids were paralyzed on the dance floor and his dad wants answers.  Stiles and Scott escape the questioning and are trying to figure out where to take Jackson and what to do with him.  As they are contemplating possibilities a chained and shackled Jackson comes to in the back of the van.

Quote of the episode from Stiles, “You’re killing people, to death.”

Allison is talking to her teacher/grandfather, one of those thinly veiled conversations. He asks her about Jackson. He is pushing to see if she knows anything about where Jackson is. She goes back to class and they have a substitute that raises eyebrows. She tells Allison that as long as she stays strong they won’t need to kill a 16 year old boy.

Stiles is trying to convince Jackson of his recent behavior but it doesn’t seem to be working. He just can’t fathom the fact that he has a tail, sometimes.

Scott, Stiles and Allison are trying to figure out the Kanima. They realize they don’t understand why something is protecting Jackson.. Scott is sticking up for Jackson because he himself didn’t know what he was doing while under an influence not too long ago.

Scott and Allison share a kiss while waiting for Stiles to check on Jackson. They curl up together listening to music as Jackson turns into Kanima in the back of the van and breaks his chains.