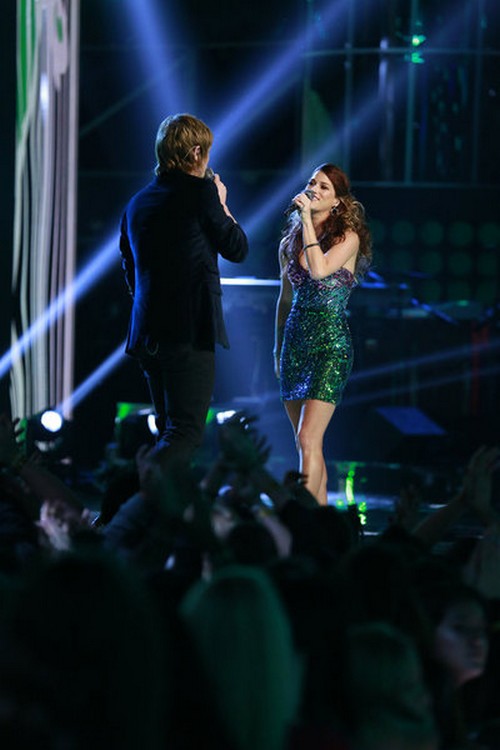 Terry McDermott and Cassadee Pope took the stage tonight on THE VOICE’s FINALE for their trio performance.  Terry and Cassadee sang “Catch My Breath” by Kelly Clarkson.  Cassadee and Terry got to sing their trio with Kelly Clarkson the original singer of the song.  On tonight’s show after weeks of grueling blind auditions, the battle rounds, the knock out rounds and the live shows the winner of THE VOICE season 3 will be crowned.   Did you miss tonight’s episode?  If you did we watched it and we recapped it here for you.

Carson announces Catch My Breath with Kelly Clarkson singing with Terry McDermott and Cassadee. Kelly looks great as a blonde and she’s rocking her huge engagement ring! They sound great together. Kelly shared a lot more stage time with them than The Killers did with Cassadee.