Terry McDermott Eliminated From The Voice 12/18/12 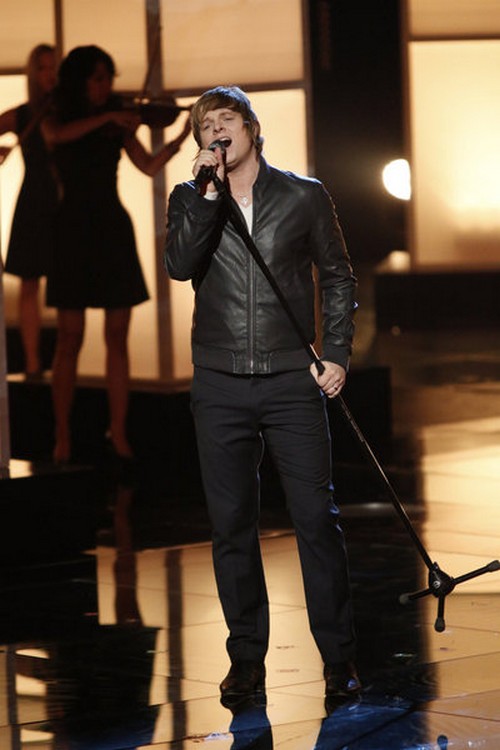 Terry McDermott was eliminated during tonight’s Final Results Show of The Voice.  If you missed tonight’s finale results show, we recapped it here for you!

Last night, the top 3 artists performed two solo songs and one with their coach, live in front of coaches Christina Aguilera, Adam Levine, CeeLo Green and Blake Shelton for a last chance for America’s vote and a chance to be crowed the winner of The Voice.

On last night’s show  Terry McDermott sang Broken Wings by Mister Mister & I Want To Know What Love Is by Foreigner – Terry’s first song, Broken Wings, started off a bit rough. He missed a lyric or two and dropped off the pitch. It could have been the song, but Terry didn’t connect on that deep emotional level we’re so used to. Also, when he hit one of the upper notes, his voice went as thin as Gladwrap.

Terry’s rendition of the seminal Foreigner hit thankfully brought him back to our hearts and minds! His emotive control over the difficult vocals forced us to re-evaluate the entire competition. It was a superstar performance. OUR PREDICTION – Terry is a strong contender, especially for the middle-aged demographic, but both of the guys in the competition are being absolutely dominated by Cassadee and her weekly demolition. A stroke of luck might give him the title, but it will be a very difficult battle.