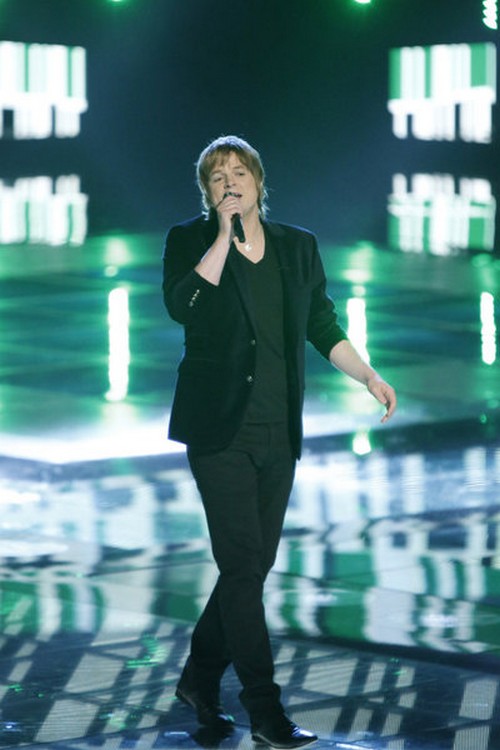 Terry McDermott took the stage tonight on THE VOICE’s FINALE for his duo performance.  Nicholas sang “Oh Baby I Love Your Way” by Peter Frampton.  Terry sang the duo with rock legend Peter Frampton the original singer of the song.  On tonight’s show after weeks of grueling blind auditions, the battle rounds, the knock out rounds and the live shows the winner of THE VOICE season 3 will be crowned.   Did you miss tonight’s episode?  If you did we watched it and we recapped it here for you.

Back to Carson, he says Terry’s ability to rock took him to the finals and introduces the finalist singing Baby I Love Your Way with Peter Frampton. Man, Frampton still sounds good. But where’s the hair from back in the day? Terry and Frampton sound like they were born to sing together. Very nice. Carson even says it was awesome.