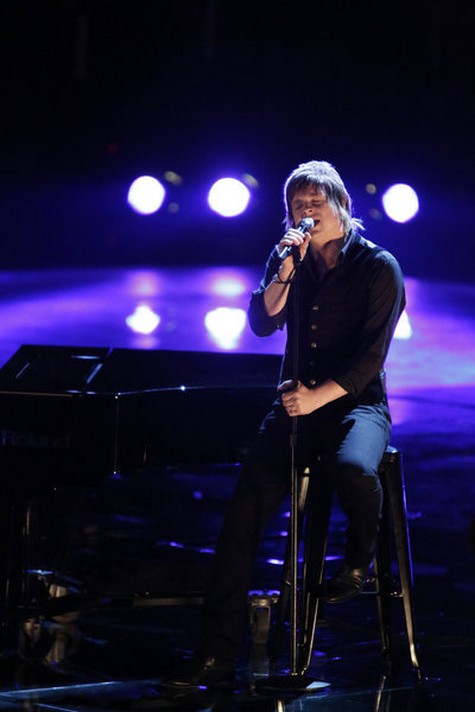 Terry McDermott took the stage tonight on THE VOICE for his Semifinal performance.  Terry sang “Let It Be” by The Beatles. On tonight’s show the final 4 performed live in front of coaches Christina Aguilera, Adam Levine, CeeLo Green and Blake Shelton for America’s vote and a chance to move on to the finals.

On tonight’s show the remaining four contestants will be singing inspirational themes.  This week Terry went to his hometown of New Orleans and his first stop is home. Next stop is the Hard Rock Café to dedicate some memorabilia from The Voice. Next, Terry gets the surprise of his life when his aunt and uncle flew in from Scotland to see him.

Judges Comments: Adam “That’s just, thank God for you Terry, you are so wonderful. There is so much wrong with the world and it is really important to have moments like this inspire us, you did a great job”. Blake “There are only a handful of artists that should attempt that song and you are one of them, that was musical perfection.”

Singing one the most loved songs that unifies us all, Terry is singing “Let It Be.”  To vote for Terry McDermott: 1-855-VOICE-04