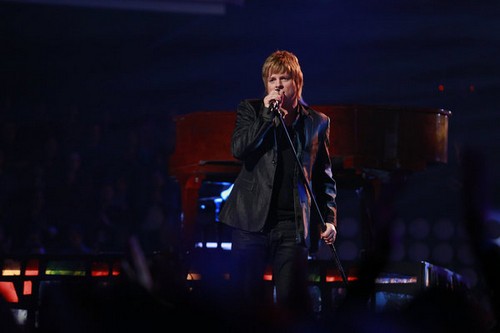 Judges Comments:  Adam “I know I can tell in the beginning there was something going on, but being a great singer, you recovered and that is why you are here. You friggin’ nailed it”. Blake “It is hard what you do up there and you do it week after week, nobody does that like you”.