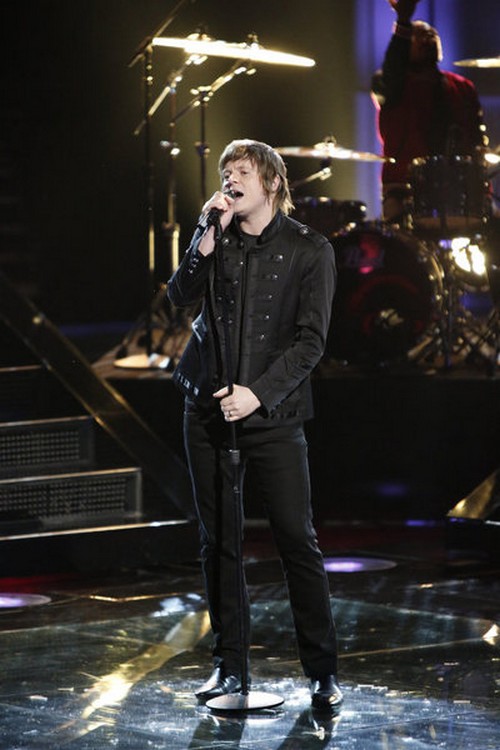 Terry McDermott took the stage tonight on THE VOICE for his Top 8 video performance.  Terry sang “Over” by Blake Shelton.  Tonight’s show the top 8 performed live in front of coaches Christina Aguilera, Adam Levine, CeeLo Green and Blake Shelton for America’s vote and a chance to move on to the elite eight.  Did you miss tonight’s episode?  If you did we watched it and we recapped it here for you.

Judges Comments: Christina “You are always a solid vocalist, I never heard the range in the lower versus before but once you got to the second chorus, it was great. It was a little unexpected by me, but it was solid”. Cee Lo “I’m a big fan of yours, you kind of remind me of Bruce Dickerson, great rock vocalist”. Adam “So that is what that song is supposed to sound like, just kidding. I’m a huge fan of yours and that was just great. I got to day, the precision is inspiring”. Blake “You performed that song the way I wish I always could and it was amazing. Adam was right, you proved yourself as the real deal and the real artist. You can do anything with what you are handed and you are a star”.

Blake Shelton’s Terry McDermott will be singing one of his very own songs, “Over” and Blake wants this to be the version that people remember. To vote for Terry McDermott 1-855-VOICE-03