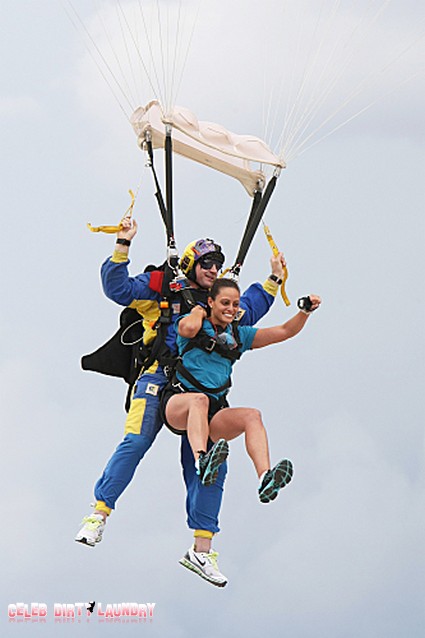 You can tell we are in February sweep season as two of my favorite shows premiere tonight: The Amazing Race and The Celebrity Apprentice.  The Amazing Race believe it or not, is already in its 20th season and still hosted by Emmy Award- nominated host, Phil Keoghan.  Tonight’s episode called ‘Tears of A Clown’ sees 11 Teams depart Santa Barbara, Calif. for Santa Barbara, Argentina.

This season the teams will travel across five continents, 22 cities and close to 40,000 miles, visiting Paraguay and Azerbaijan for the first time in the history of CBS’s “The Amazing Race.”

On tonight’s show one team struggles to keep their nerves at bay. Meanwhile, Teams quickly discover winning $1 million may be tougher than expected when they find themselves skydiving from a plane at 10,000 feet.  The competitors will also face a food challenge in Italy and search King Ludwig’s quarters in the German castle that was the inspiration for the castle in “Sleeping Beauty.”

We have compiled a list of the 11 teams and 22 competitors who are starting off tonight’s race.  You can check out the list here!  There are some pretty exciting contestants, but none better (in my opinion) than former “Big Brother” cast members Rachel Reilly, and her fiance Brendon Villegas.  I loved these two in “Big Brother”, no matter how cheesy or over the top they are.

We will be live blogging the show with all the up-to-the-minute details at 8PM EST so make sure to come back to this spot and watch the show with us. While you wait for the recap you can watch a sneak peek video of the episode here!

RECAP: Phil gives us another quick introduction of all the teams while we see them bike riding to Bridlewood Winery, Santa Barbara where they will begin the twelve legs of the race. The winner of the first leg of the race will win the express pass. Their first clue is up in the air in 11 out of 100 balloons, they have to pull them down and find their clues. Phil wishes them good luck, travel safe, they are off. Elliott and Andrew are the first team to depart, they must make their way to LAX airport, only the first six teams will get tickets to the fastest flight to Santa Barbara, Argentina. The last team to find their clue is Misa  and Maiya.

When teams arrive in Argentina, they must drive themselves to Santa Barbara to get their next clue. My favorite team, Brendon & Rachel R. are on the first team with Art & JJ, Nary & Jamie, Vanessa & Ralph, Elliott & Andrew and Rachel & Dave. The first challenge is “X Marks The Spot”, one team member has to jump 10,000 feet from a plane. The other team member has to drive out to where their team mate will land. JJ is the first one to land with my girl Rachel R. touching ground second. The other Rachel is third. The other teams finally land and have arrived in Santa Barbara to get their clue.

The first round of teams have their next clue after making their landing and must now make 120 Empandas, 60 cheese and 60 meat filled, the national dish of Argentina. Rachel R. tells Brendon that there are two different techniques, one for the cheese and one for the meat. Will the rest of the teams figure it out?

Misa is in the plane having a panic attack, meanwhile Maiya made a wrong stop heading to the drop point and got the car stuck in sand. She finally gets the courage to jump and found it liberating, but confesses she will never do it again.  Maiya found some men to help her get her car out.

The first team to finish the Empanadas is Rachel & Dave and they are the first team to arrive at that pit stop, they get the express pass. Brendon & Rachel R. are the second team. Art & JJ are team number three. Mary & Jamie are fourth, Vanessa & Ralph are fifth, Elliot & Andrew are sixth, Kerri & Stacy are seventh, David & Cherie are eighth, Mark & Bopper are ninth.

Misa & Maiya were just about to arrive tenth and honestly, they are so stupid, they got all mixed up and even though Joel & Danny had such a hard time with the Empanadas, they grabbed the spot and sent Misa & Maiya home.