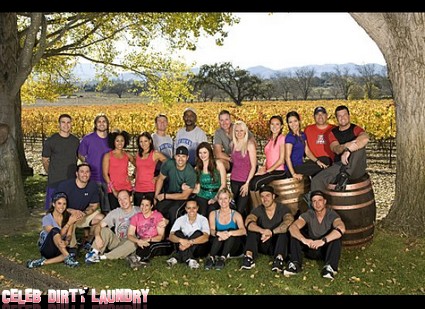 The Amazing Race’s 20th season is back tonight, are you excited?  Did you watch season 19 when Ernie and Cindy won $1 million dollars? You can catch the full recap of the finale HERE.

This season the teams will travel across five continents, 22 cities and close to 40,000 miles, visiting Paraguay and Azerbaijan for the first time in the history of CBS’s “The Amazing Race.” There are some pretty exciting contestants, but none better (in my opinion) than former “Big Brother” cast members Rachel Reilly, and her fiance Brendon Villegas.  I loved these two in “Big Brother”, no matter how cheesy or over the top they are. This is not the first time Reality TV contestants have crossed over to “The Amazing Race.” “Survivors” Ehthan Zohn and Jenna Morasca appeared in the 19th season of “The Amazing Race” and who could forget “Survivors” Boston Rob and Amber who finished second in season 7?s race.

The challenges are going to be amazing; skydiving in Argentina, training with Masai warriors in Tanzani and a race through Africa’s “Garden of Eden.” The competitors will also face a food challenge in Italy and search King Ludwig’s quarters in the German castle that was the inspiration for the castle in “Sleeping Beauty.”

Tonight, the contestants will make their way via bicycle to the starting line in Bridlewood Winery, Santa Barbara, where they have to search 100 hot air balloons for their first clue sitting in a basket – it’s the instructions to fly to Santa Barbara, Argentina, to start their global trek and their courage will be tested right from the start during this season’s first roadblock, they have to jump 10,0000 feet above Argentia and their culinary skills tested when they also have to make 120 empanadas. Apparently there is someone that has an extreme fear of heights, who is it going to be?

Offical Synopsis: “Tears of a Clown” (Santa Barbara, Argentina) — As 11 Teams depart Santa Barbara, Calif. for Santa Barbara, Argentina, one team struggles to keep their nerves at bay. Meanwhile, Teams quickly discover winning $1 million may be tougher than expected when they find themselves skydiving from a plane at 10,000 feet, on the 20th season premiere of THE AMAZING RACE, Sunday, Feb. 19 (8:00-9:00 PM, ET/PT) on the CBS Television Network. Phil Keoghan is host.

The contestants for this season are:

We are only hours away from the premiere of “The Amazing Race’s” landmark 20th season, and there is plenty of reasons to be excited, the cast is diverse and the destinations are beautiful. Don’t forget to come back to Celeb Dirty Laundry for the full official recap, this is going to be one hell of a race, you don’t want to miss one episode! Check out some of the promo videos below, I’ve included one from my favorite contestants, Brendon and Rachel.