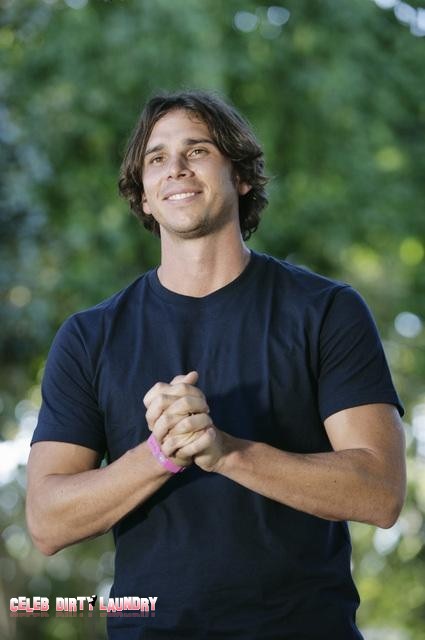 Last night was the second episode of The Bachelor Season 16 and we recapped it.  In our wrap-up we have some observations of last night’s show and some questions.

Did you watch the second episode of the Bachelor tonight?  What did you think about it?  I really thought that Ben had a real connection with Kacie B.  I love the way he took her to his home town and how she bought the baton and they had their own little parade on the street.  She seems so genuine; I think she is going to be around for a long time.  What do you think?

While I am loving Kacie B., I am absolutely hating on Blakely. She is such a slut, I can’t believe she hopped into the pool with Ben and started making out with him. The strange thing was that Ben didn’t seem like he was enjoying himself, but he still kept her around another week.  What do you think of Blakely, does she get under your skin as much as she does mine?

Do you remember Wes? He was a contestant on The Bachelorette Season 5 and Bachelor Pad Season 1, remember that he came on the show to try and promote his own singing career? Well that didn’t happen. Here’s the scoop, Blakely dated Wes. Apparently our resident ‘hot for Ben’ woman has a hot thing for “Bachelor” men in general.

The group date was interesting for one reason.  I hope Ben was paying close attention because when the girls where performing for the children, you could really see who was genuine and who wasn’t. I thought the whole concept of the date was boring.  Next week the group date goes skiing in bikinis – which will no doubt kick up the competition a notch, or at least Ben’s temperature!

Ben’s other one-on-one date tonight was with Courtney – but he brings along a third wheel to the date (just kidding), his dog Scotch. I didn’t see the chemistry between Courtney and Ben and even he said, “she may be too good to be true”.  I have a feeling there is more to this girl that meets the eye, she certainly isn’t genuine and I think she will be heading home sometime in the near future. What do you think?

Ben’s dog was the best part of the show and I loved when he wrapped him in a blanket when he was cold.   I am not a big fan of Ben’s – we all know he is there to get all the free ‘make out’ sessions with hot women, but his endearing relationship with his dog makes me like him now, just a tiny bit.  How about you, what do you think about Ben?

What was your favourite part of the show tonight? Were you satisfied that Jenna and Shawn went home? I’m kind of disappointed about the season so far; lots of bitches and back stabbing, but no stalkers yet.  Oh well, maybe next week.

Make sure to come back next Monday when we will be live blogging the third episode with all the juicy details!