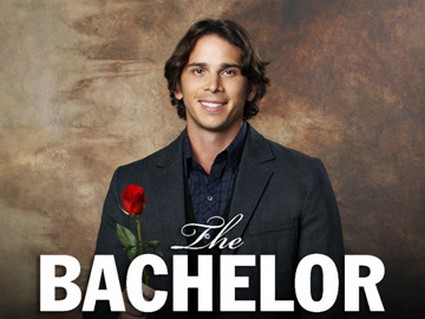 So OF COURSE they saved Courtney’s date with Ben for last…as if we didn’t see that one coming.  So this week’s recap of The Bachelor has Ben husking the three remaining ladies to the Alps of Switzerland. No big deal.  Everyone is coming off their highs (and for Kacie B – her lows) of having Ben meet their families and each woman is “falling more and more in love with Ben.”  It’s obvious that there are some hearts to be broken going into this episode.

Ben has his first date with Nicki, and the two share a romantic helicopter ride over the Swiss alpes.  It’s clear how much Nicki has fallen for Ben, and he tells her how much her dad reminds him of his own.  Naturally, this melts her heart more.  They share a romantic dinner and Ben offers her “the fantasy suite invitation”.  Dum da dum dum dummmm!!!  She accepts and the two end off in the hot tub.  We’ll leave the rest up to our imaginations, but I’d like to hope that they kept it PG – especially since there are two remaining women.

Date two is with Lindzi, where the two once again conquer their fears together and go rappelling. It was actually pretty cute, and they looked genuinely terrified – only making them ‘bond’ more.  Lindzi finds the courage to tell Ben that she’s in love with him and that it’s been hard for her to open up but she’s ready now.  Ben reveals that he’s falling in love and can see himself with her for the rest of his life.  We’ve heard that one before …. (Kacie B).  Naturally, Lindzi accepts the fantasy suite invite and like his date before, the hot tub scene ends the date.  No hanky panky for our eyes.

On Courtney’s date, we definitely see a different side of her.  She is only now so genuinely concerned about her attitude towards the other girls and how it ‘upsets Ben’.  Right Courtney, you should have thought about that a lonngggg time ago.  You’re screwed either way girl whether he ‘picks’ you or not.  So anyways, their date has Ben worrying about how she behaved with the other women, and her inability to get along with others.  She tells him she’s not proud of herself, she would have done things differently….ya ya ya. You get the idea.  If you’re guessing that their date ended up with a fantasy suite and a hot tub – you guessed correct.  Ben scored on all 3.  Well, maybe not literally.

The worst part of the episode?  The new Bachelorette Emily Maynard getting schooled from two past Bachelorette pros (one of whom is no long with their fella) that give her tips and advice..then take her all dressed up to go see 3D Titanic.  In the words of my roommate, “it just makes girls look bad.”  We both then agreed we want to see it but that’s beside the point. Leave Leo out of it.

Back to Ben – he gets a surprise visit from Kacie B (who looked like she was going to die of a heart attack) who wants answers.  Quite frankly, no matter how surprised Ben was to see her, he kind of treated her poorly.  Caught off guard or not, he could’ve been nicer.  She tells him at the end that she wants him to be happy and he’ll only get hurt if he picks Courtney.  Will he listen? Of course not.  Should he?  Who knows – maybe Ben has a tiny bit of Courtney’s nastiness inside of him so perhaps they belong together.  In the end, it was Nicki who got the boot.  We love her dad so this makes me sad.

Let’s be honest, if any of these tossed off ladies play their cards right, they have the chance to do it all over again on The Bachelorette.  And that’s much, much more fun.

What did you think of this episode?  Hit the comments below and let us know!