The Bachelorette Beauty Emily Maynard Is A Gold Digger 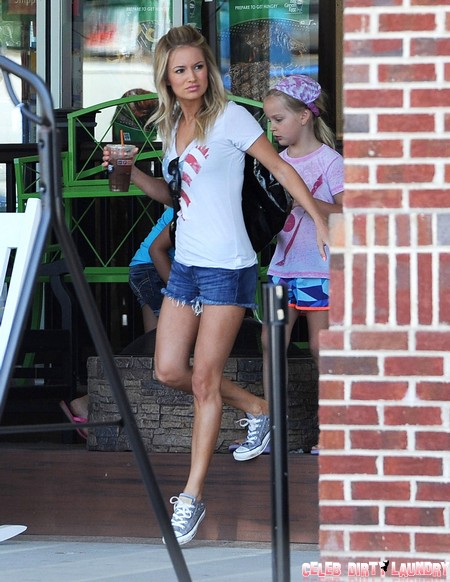 Looks like some of Ricky Hendrick‘s relatives are changing their opinion of Emily Maynard, they are thinking she may have been a gold digger! They were not pleased when they heard Emily was appearing on the new season of The Bachelorette.  Apparently, Emily Maynard actually had a relationship with Hendrick, who fathered her daughter, Ricki.

Hendrick’s relatives cry foul as their suspicions have been confirmed that Maynard was a “money-hungry gold-digger!” Her appearance on the reality show definitely spiked conflict as the late Hendrick’s family reacted upon her entering the show.  But as we reported on CDL Emily is totally obsessed with plastic surgery as she preps herself for a career in the limelight.

A member of the rich clan also said in the National Enquirer that none of them wants to dispute the fact that Emily deserves a good man in her life. However, the Hendricks were upset at her way of finding love on National TV. They added: “The entire family would have completely written Emily off by now if it wasn’t for their desire to have an ongoing relationship with Ricki. Out of respect for little Ricki’s father, the Hendricks feel that they have an obligation to make sure she’s always provided for. To do that, they have to walk a fine line with Emily.”

On April 2002, Emily was just sixteen and was studying at Key West High School when she was madly in love with NASCAR superstar Ricky Hendricks. They became inseparable since then and in 2004, Emily got pregnant. However, before Emily could even tell him the news, he died in a fiery plane accident as he went to go for a race.

When Ricki was born, Emily finally got the connections from the Hendricks so she can push through with her broadcasting career. Because of her NASCAR connections from the family, she got some hosting gigs in 2006 with “Emily on the Scene” on the Speed Channel and then in “3 Wide Life”.

A relative of the Hendricks further told: “Emily may come across as a sweet and sometimes shy country bumpkin, but she’s made it pretty evident that she wants to be in the national spotlight, and she’ll go to great lengths to get there.”

The relative also added: “She also has very expensive tastes and will make sure the man she gets her hook into has a lot of money!”

According to sources, Emily, who is now 26, had been living the best life when she dated Ricky (with a family owning Hendrick Automotive Group operating an estimated 60 car dealerships and Hendrick Motorsports).

One source tells us that the family is enraged by her decision, saying: “The Hendrick family is affluent and well-respected, and they believe it’s trashy for Emily to be dangling herself out there on national TV like a piece of meat for a bunch of men to fight over.”

As of now, their biggest concern is how this big hullaballoo will affect Ricki. Well, certainly, Emily’s not thinking a lot about that right now. Or maybe she is? And that’s the reason why she’s on the show. Well, let’s just hope everything would turn out fine and everything ends well for Emily and more especially for her little girl, Ricki. Check out CDL for more The Bachelorette 2012 updates!