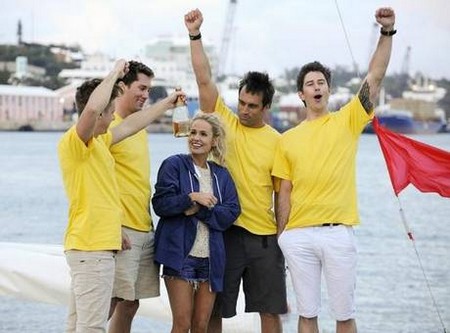 Tonight is an all new episode of The Bachelorette – Emily Maynard, have you been watching the show? Things are just starting to get heated up after Stevie was sent home last week. Did you see the episode, if you missed it, you can read our full recap HERE.

Last week we definitely got to see a lot of really dumb men. Can you guys believe what Ryan said? That he would love Emily but wouldn’t love ON her if she let herself go? I thought that was dumb, but then Emily asked Allesandro how he felt about being a dad and he said that he saw Emily and Ricki as a compromise in his life. Thank God Emily is a smart woman who knows what she wants, because before the rose ceremony even started, she sent him packing. Then, the ultimate dumb moment was when Emily interrupted Kalon mid-sentence, he said “while I love hearing you talk, I would love for you to let me finish.” OMG, I still can’t believe what he said and I can’t believe she kept him.

This week the remaining bachelors pack their bags and head off on their romantic global tour with Emily in Bermuda and they have to brace themselves for some stormy weather.

John and Nate get the dreaded “two-on-one” date where one will be going home after jumping off a cliff and taking a luxurious yacht ride. The three head to Bermuda’s oldest cave for dinner where Emily spends private time with each man.  SPOILER: Nate goes home.

Doug gets a one-on-one date and explores the city of St. George with Emily. Not all the men are happy about this and some try to push his buttons which makes him lose his cool, but not in front of Emily. On their date, Emily has a surprise for Doug.  SPOILER: Doug gets a rose!

The dreaded group date finds the men on sailboats competing in a regatta for extra time with Emily. It’s an all out battle and one team heads back to the hotel. At the after party, one guy refers to Emily as a possible “trophy” wife.

At the cocktail party, there will only be 10 men remaining and Emily will determine who will be joining her in London. SPOILER: Some poor guy goes home and so does Charlie.