BY Robyn Good on May 21, 2012 | Comments: one comment
Related : Emily Maynard, Reality TV, Spoiler, The Bachelorette 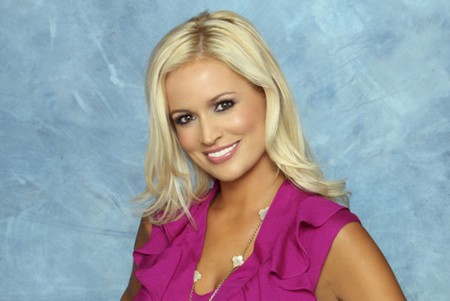 In a recent interview with ABC, Emily Maynard was asked some pretty tough questions and she didn’t hold anything back in answering them.  We all know that Emily had reservations about doing the show in the first place, but how much is her daughter Ricki involved? Well, according to Emily, not at all. In fact, Ricki wouldn’t even relate the words “Bachelor” or “Bachelorette” with her mother and to me, that makes her a great parent!

Did you see the premiere episode, if you missed it, you can read the full recap HERE.

Now there were in fact a lot of cheesy and over the top “first impressions” from arriving on a skateboard, a helicopter, dressing as an old lady, arriving with an egg and arriving with hand written poems for someone they never met before. So what did Emily think of all this, “Honestly, it was – I was standing there in the moment. I didn’t even really notice because I was so nervous. You know, it was a nerve-wrecking night and it is really overwhelming.” And which guy’s “first impression” did Emily find the most ridiculous? Travis with the egg!

What about Kalon arriving on a helicopter, well Emily says that didn’t impress her much, “Honestly, anybody that knows me knows I would take, you know, a classic pickup truck over a brand new Ferrari any day. So, if he was trying to impress me, he probably took the wrong approach. But, you know, he’s very unique and he is who he is.”

Now, I am sure like me, you are wondering why Emily gave Doug the “first impression rose”, she said, “I mean, obviously, he is a great looking guy and so sweet, but more than anything, I know what it is like to really put yourself out there and take a chance at love and have to leave, you know, the biggest piece of your heart back home. And so the fact that he had enough faith in me – to leave his son back home really meant a lot to me. I wanted him to know that it wasn’t something that I took lightly.”

So what about all the rumours about no hot tubs? Emily had this to say, “I just wanted to live in the moment with each guy and take each relationship as it goes. But with that said, I wouldn’t get into a hot tub with a guy on the first date in my normal everyday life. So, I sure as hell am not going to do it on The Bachelorette.”

Just what is it that Emily is looking for in Mr. Right, “Obviously, I wanted somebody that was at a point in his life that he could – that he wanted to get married and have kids and step into my life and everything that I bring along. But really I just wanted to stay open because I didn’t want to shut any of the guys off especially the first night just off the first impression. And I think I did a pretty good job of that going through the season.”

Wow, Emily certainly sounds like a woman that is going to stick to her beliefs and morals, this is certainly a refreshing change from previous Bachelorettes, don’t you think?