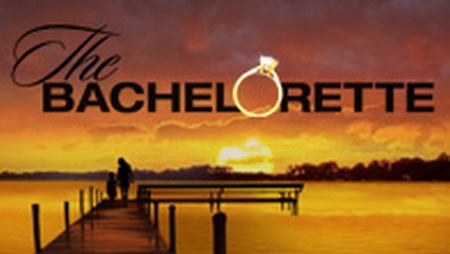 Tonight The Bachelorette returns with single mom Emily Maynard, 26,  as the new Bachelorette.  Emily is the former winner of the Bachelor Brad Womack and that relationship did not work out so she is looking for love again. Stand by as we live blog the episode with all the juicy details.

Emily will have 25 men to choose from and this season will be nothing like what Bachelor Ben Flajnik had. There will be no scandalous vibe and hot tubs are few and far between.  Emily is a mom to 6-year old daughter, Ricki, who comes first before any new love interest. The guys this season have tough shoes to fill, not only a potential mate for Emily, but a father figure for Ricki.

Here are some of the “first impressions” to keep an eye on tonight: Tony presents Emily with a glass slipper (cheesy), Travis offers a special gift and it has meaning for Emily and Ricki, Stevie shows off his dance moves (boring), Jeff arrives on a skateboard (only a man would do something this dumb), Chris brings some bobble head dolls (really!!!!) and Ryan reads Emily a handwritten poem.

We will be live blogging The Bachelorette tonight with all the up-to-the-minute details at 8PM EST so make sure to come back to this spot and watch the show with us.  Refresh often to get the most up-to-date results!  While you wait for the recap you can check out a sneak peek video and some spoilers for tonight’s episode here.

RECAP: We first get to see a little recap of Emily’s life at home and her time with Brad Womack. She fell really hard for him and thought she found her guy without a doubt until the relationship broke down. Emily says that she had high expectations for him and was heart broken when things didn’t work out between them. Emily is 26, she has been engaged twice and thought that both times were forever. Coming back to “The Bachelorette” is a huge risk and she really hopes that she falls in love because this is it for her. It’s hard to put herself out there again, but she feels that she has to.

Tonight starts an all new journey for Emily and it will be different tonight because the person she chooses will also have to be a good father figure for her daughter. There are 25 men, her are a few of them; Kaylon feels that he has matured recently, Ryan works with kids and loves his dog, Tony has a passion for fitness and he is a father of a five year old son, Lerone loves real estate and is looking for a partner to share his life, David write songs and is little cocky about his talent in my opinion, Charlie almost died in an accident and during his recovery process realized that he wants true love, Jeff loves being underestimated and believes in the fairy tale ending, Arie is a race car driver and willing to take the risk of bringing bad memories back for Emily because her first love was a race car driver as well.

Emily arrives at the mansion and she is so nervous to see Chris Harrison. They sit down for a chat and Emily tells him that she is so nervous, but thinks this may just be the night that she meets her future husband. Emily admits that she was scared to go into this again because she fell in love hard, especially with Brad. She goes on to say that after loosing her first love, Ricki, it has put a huge fear in her but she is ready to move on.

For the first time ever, they are in the Bachelorette’s home town and she is a single mom. Emily is happy that she can continue doing all her “mom” stuff and still be on the show. Emily wants the perfect person to share her life with, she is looking for the whole package.

It’s time for the journey to begin, the first limo pulls up. Sean is an Insurance Agent is first out of the limo, David the song writer is next and gives Emily the “once over”, Doug is a Charity Director and tells Emily that he has an eleven year old boy, Jackson is a Fitness Model and gets down on bended knee and recites a poem then kisses her hand, Joey is a Field Energy Advisor and comes bursting out of the limo. The second limo arrives and Arie the race car driver is next and Emily looks quite taken with him, Kyle is a Financial Advisor and he gets a quick hug, Chris is a Corporate Sales Director and tells her that he is truly blessed to be there, Aaron is a Biology Teacher and tells her that he is here to have chemistry with her (cheesy), Alessandro is a Crane Merchant and grabs Emily for a big hug (no chemistry with this one). The third limo arrives and Jef who is an Entrepreneur is first and he comes in with a skateboard, Lerone is a Real Estate Agent and he tells her that her being a single mom is the most attractive things about her, Stevie is a Party MC and he arrives with his boom box dancing his way to greet her, Charlie is a Recruiter and he is big and cute, Tony is a Lumber Trader and arrives with a pillow and a glass slipper (corny).

Another limo, a grandmother comes out of the limo and tells Emily that she is her biggest fan, grandma tears off her clothes and it is Randy a Marketing Manager and he hopes Emily appreciates his creativity, Nate is an Accountant and so cute, Bret works in Technology and he’s got a name tag so she doesn’t forget who he is, John is a Data Destruction Specialist whose friends call him Wolf, Travis is an Advertising Sales Rep who arrives with an egg and tells her that it is a symbol of beautiful people like her and her daughter (awkward). Another limo, Micheal is the first out of the limo and he works in Rehab and gives Emily a guitar pick, Jean Paul is a Marine Biologist who  doesn’t know too much about her but is really excited to be there, Alejnadro is a Mushroom Farmer who greets her in Spanish, Ryan is a Pro Sports Trainer and is really nervous so he wrote some notes “You are beautiful” (corny again). A helicopter arrives and the guys who are already in the house start guessing that maybe it is Brad Womack, but no it is Kaylon a Luxury Brand Consultant.

Kaylon walks in and none of the guys are impressed and surprisingly speechless.

Chris asks Emily if she knows yet who she is going to give the first impression rose to but she tells him that she doesn’t know yet. Emily greets the men and tells them that she has been blown away with them and is grateful that they are all there.

Emily is having the best time getting to know the guys, Brent tells her that he has six children and show her all the photos of them. Chris gets a little alone time with her and his jaw is dropping to the ground, he pulls a bobble head of himself and one of her out of his pocket. Chris wants her to play a scene with her, she plays along because she thinks he is super hot.

Travis still has his ostridge egg, the guys are all joking that they are going to eat it for breakfast.

Jef shares a drink with Emily and when she is with him, she feels like a nerd, he made a great first impression. Doug is a single parent and his son wrote Emily a note and she is truly touched. Chris walks in, it’s time for the first impression rose, the room is getting tense.

Everybody deep down inside is killing to get that first rose. The guys are talking about Kaylon because he doesn’t want Arie to have alone time with Emily, which doesn’t sit well with the rest of them. Arie finally has a chance to tell Emily that he is a race car driver and she is ok with it, she loves cars and the track.

Emily goes to get her first impression rose and searches out Doug to give it to, she tells him that the letter from his son was very thoughtful and appreciates that he made her feel really comfortable. The rest of the guys are happy Doug got it, as long as Kaylon didn’t get it.

It’s time for the Rose Ceremony, some of the guys are heading home. Here are the roses that are given out; Chris, Ryan, Kaylon, Arie, Charlie, Jef, Nate, Sean, Joe, Kyle, Aaron, Alejandro, John, Alessandro, Michael, Stevie and Tony, the final rose goes to Travis. While Doug already got his rose, he won’t be going home.  The remaining men take their leave, Jean Paul is completely heart broken as well as the fitness guy who decides to strip off his shirt and show America what Emily is missing, what a loser!

That’s it for tonight, don’t forget to come back next week when we will be live blogging another truly awesome episode!