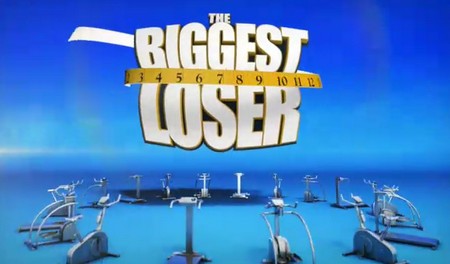 Tonight on an all new episode of The Biggest Loser will air on NBC.  On last week’s show a surprising turn of events shook up the competition when the remaining contestants got upset and threatened to leave the ranch.  At the end two house guests decided to walk out.

Mark and Buddy decided to leave.  Mark told everyone –  for anyone who though he left and was giving up he wasn’t.  He is only 11 pounds away from his goal weight. It is his decision, he had to leave. Buddy tells everyone he is following his heart and he was doing what he thought was right-he just didn’t like one of the game’s rules. Buddy did not feel like a quitter!

After the two contestants left the show last week The Biggest Loser decided to give to the contestant who had the most weight loss a car.  Nice prize!  At the end of last week’s show Jeremy was eliminated and Conda and Kim are the finalists.  If you missed the episode you can read our full and detailed recap here.

On this weeks episode, the stakes are higher than ever when all the eliminated contestants return to the ranch to compete in a fateful, four-part challenge. The challenge winner will secure a coveted spot as a finalist, and the chance to compete for the $250,000 grand prize, along with the other two finalists revealed in last week’s episode, Conda and Kim.  This competition and the opportunity is the reason the contestants went home last week.  They did not feel it was fair for the producers to let anyone come back.

It’s a fight to the finish with each player fiercely determined to get back in the game in a competition that will put their speed, knowledge and endurance to the ultimate test. In the end, the third finalist of season 13 will be revealed!

All the eliminated contestants will be weighed and the eight with the highest percentage of weight loss will be moving ahead in the challenge.  Daphne, Adrian, Gail, Lauren, Roy, Chism, Ben are out of the competition.  Jeremy is upset because he was so close to being in the finalists and so close to getting something you want so bad and it would just take it from you.  Jeremy didn’t want to have to fight to earn a spot back, he feels like he already earned.

The contestants get to meet with Dolvett and he teaches them how to make interesting turkey sandwiches.  Dolvett works out the contestants-he tells them they have a challenge to win.

Bob with his contestants through the ringer-making sure to remind them often they’re back in the house and they have a chance to compete in the finals.

Chris’s told she is not medically cleared to compete in the challenge, therefore she will not be in the finals.

They will have to run 100 yards the first five to get there move on to the second round.  Emily and Kimmie are eliminated.

The next round they have to complete a puzzle, each contestant has a stack of puzzle pieces they have to match the food with the calories-the winning three will move ahead to the final round.

they’re standing on a post with the tickets the final round above them. They have to put their hand on the tickets and if the balance on the post. The last man standing is in the final three.   Mike, Jeremy and Lauren are competing for that spot.  The contestants are hanging on and after two hours they are all still there.  Alison tells them to stand on 1 foot so now they are standing on 1 foot balancing on the beam holding the tickets.

Lauren is the first out – Jeremy and Mike are battling it out.  Neither of them want to quit.

Mike is done-Jeremy is in the final three. Jeremy says for him it is almost more rewarding to do it this way. Jeremy says this will easily go down as the most triumphant moment of his life.

so the finalists are Kim, Jeremy, Conda. The contestants are going home to their hometowns to get ready for the finals.

The End, come back next week for our recap of the live finale!!