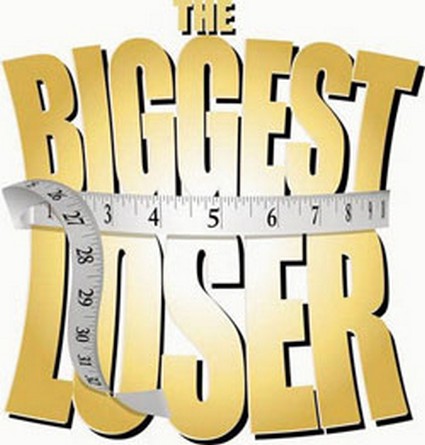 The Biggest Loser is back tonight with its 4th episode of the 13th season and we will be covering the show LIVE  with all the details of the challenges, drama and elimination. On last week’s show we lost two people.   At the beginning of the show Joe decided to go home. He claimed it was because he missed his family too much and because his brother was sent home he did not want to be on the Ranch.  This was the first time in Biggest Loser History a contestant sent himself home.

The player eliminated at the end of the evening was Lauren.  Her team members claimed that because she was an athlete she would be able to do okay on her own. I think it was a mistake to send Lauren home, she was someone who could help the team in future challenges.   If you missed last week’s episode you can read our recap here!

On this week’s show the stakes are high as the red and black teams compete in a fierce battering ram challenge that will give one team exclusive rights to the gym, while the losing team has to find other creative ways to burn calories. Both trainers – Bob Harper and Dolvett Quince – struggle with certain contestants who they feel aren’t giving it their all, making it tougher for both teams to get the weigh-in win each one wants.

Rumor has it Michigan contestant Condra will get a lot of airtime tonight.  She has been butting heads with a lot of contestants but tonight she fights with one of the trainers.  “I am here to help you, I don’t need the lip service,”  Dolvett Quince says in the preview video.

We will be live blogging the show with all the up-to-the-minute details and all the highlights and drama at 8PM EST.  So come back to this spot and see what we are talking about!   While you wait for the recap you can check out a sneak peek video HERE of tonight’s show.

Tonight’s show:  The red team and blue team meet Alison and are informed Buddy has gone home because his wife is having a baby.   But he will be back for the weight-in.

Allison asks whether people can lose weight without a gym.   She tells the contestants in today’s challenge the winner gets the gym and the loser is not allowed to use the gym this week.  So they are playing for access to the gym this week.   It is game on and the contestants have to do an obstacle course where they have to answer questions to go ahead.   The first team who gets its members through the doors wins the challenge.  Gail is sitting out for the black team today.

The black team is having a lot of problems, they keep answering the questions wrong and the red team is way ahead of them.  Jeremy is so frustrated with the black team he tells them that whatever they think an answer to a question is answer the opposite.  They try his strategy and get the question right.  The red team gets through the final obstacle and they win the challenge.

The black team does not want Bob to find out.  The red team is happy that they have the gym for the week and it makes them confident.

Dolvett heads to Chicago to meet the Aqua team to see how they are doing.  He wants to make sure that they have the right tools to make sure they are successful.   Dolvett gives them the The Biggest Loser Slimcoach to help them.

Chris takes herself hostage in the bathroom – she says she does not want to be here anymore.  She just wants to be left alone.  Conda says the only reason she wants to go is she wants someone to beg her to stay – she wants attention.

Bob comes in and asks Chris why she wants to go.  Bob tells her where she is – is all good and he tells her she can handle all this.  Bob feels because Chris has led a sheltered life – this is difficult for her.  Bob tells Chris there is no one perfect and she tells him she is afraid.  Chris tells Bob she won’t give up on herself.

The black team gets up at 7:30 AM because they have no gym – so they are going walking.  It is freezing outside and Bob is trying to figure out how to work out without a gym.

The red team is happy and Dolvett feels having the gym gives them a huge advantage.  Dolvett tells the red team there is no excuse why they cannot win the weigh-in.

Bob is determined to show people that you can lose weight without a gym.  Dolvett is really pushing the red team he wants them to win.  Dolvett is on Conda and she says she hates him – Dolvett hears her and tells her she will regret saying what she did.  Conda tells Dolvett that he is pissing her off.

Bob tells Gail that if he sees her with her hands on her waist he is going to break her arm.  Gail is crying that she is doing her best and Bob is mocking her – he does not buy it.

Dolvett is happy the red team is giving him everything he wants, even Gail.  The only person who is not is Condra, he feels she is causing distraction and causing problems for the team.  Conda and Dolvett are going at it – she rolls her eyes at him once too often and he throws her out of the gym.

Condra is outside crying – she says that Dolvett pushes her buttons on purpose.  The producer tries to convince her to talk to Dolvett, but she does not want to.  Dolvett comes out and tells Condra that she rolls her eyes at him all the time and he feels she has not committed to her problem.  He does not feel she wants it and suggests that she ask herself why she is at the Ranch.  Dolvett tells her he cannot help someone who does not want to be helped.

Condra knows she has to come back in and she needs to apologize to Dolvett – she apologizes and he tells Condra her attitude has to change and he gives her a hug.

Buddy comes back for the weigh-in and his wife had the baby.  Black Team gets weighed in first.

Black Team lost 52 lbs for a total percentage of weight loss of 2.72%

The red team has won the weigh in and the black team is going to the elimination room.  Emily has the highest percentage of weight loss on the black team so he cannot be eliminated.

Gail is sent home, she is not the Biggest Loser and she must say goodbye!