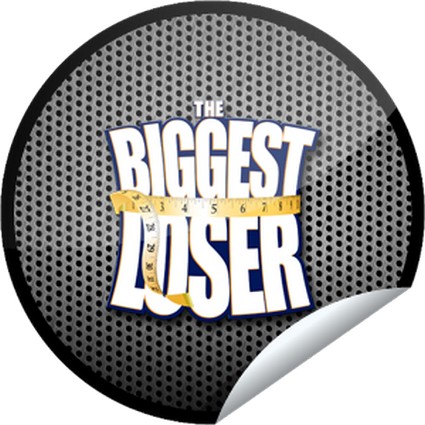 Did you watch The Biggest Loser tonight? If not, you can read our full recap HERE. I was really rooting for Daphne tonight, what about you?  Didn’t you think it was wrong that her brother was given the boot last week?

What did you think about Dolvett picking Conda and Bob picking Daphne for the Valentine at home surprise? I thought it was all staged, pinning one contestant against the other is good for ratings and really easy with Conda and Daphne, there is no love between those two.

Conda opened up to Dolvett about her troubled relationship with her father, how did you feel about that? I was not impressed and couldn’t have cared less. So what about her father, it’s not an excuse to be a bitch, is it? My hat off to Dolvett, didn’t you think he was amazing with Conda’s little girl?

I loved everything about Bob visiting Daphne at home, didn’t you? He was very supporting and didn’t you love the way he shared a meal with her family? I was so shocked that Daphne climbed the 103 floors, didn’t you think that was awesome? I thought her last chance workout was a lot tougher than Daphne’s.

I couldn’t stand Conda’s crocodile tears when she read all the letters from her team mates, don’t you think she is fake? I much preferred that Bob read the letters to Daphne, it was so gallant and it inspired her to finish her climb of 103 floors under 60 minutes!

I could have screamed when the red team won the one pound advantage for Conda, it was almost as if the producers of the show wanted her to beat Daphne, what do you think? Should it not have been a fair battle between Daphne and Conda without any advantages either way?

Time for weigh in and here we go again, Alison announces yet another one pound advantage, didn’t that just piss you off? And, wouldn’t you believe it, Conda gets it again, this time because her team won the first stage of the weigh in.

I was really happy to see that Chism beat his 300 pound mark, to me that was best part of the show tonight. What was the best for you?

After Daphne’s brother got the boot last week for nothing, it was really nice to see her team win – were you rooting for her?

I was really surprised at how stupid the red team was again, weren’t you? Duh, have any of these people seen the show before? This team keeps voting of players that lose huge amounts of weight, don’t you think it’s only a matter of time before they all go home?

Well, it was a great night, don’t you think? I am only pissed that I have to endure another week of annoying Conda, what about you? Does she get under your skin as much as she does mine?

Let us know what you thought of the show?  Sound out in the comments below!