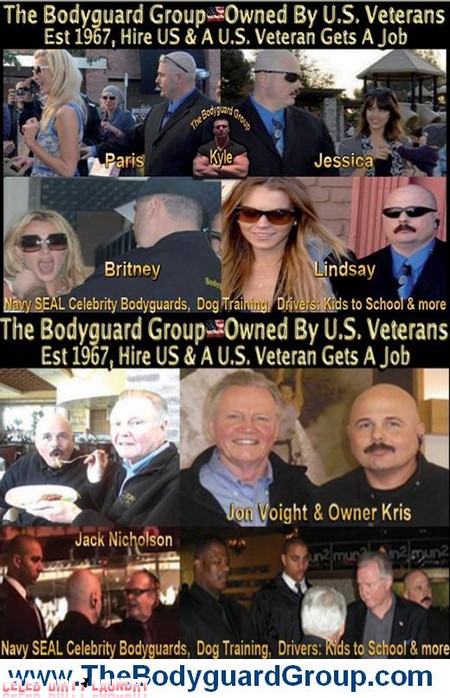 This is a remake of “The Bodyguard” story of an up and coming Whitney Houston type Singer who wants a Kevin Costner – Frank Farmer type of Celebrity Bodyguard.

As in the Movie “The Bodyguard” a Love Story occurs in the Episode.  A Whitney Houston superfan “JT” hires his Kevin Costner – Frank Farmer type of Celebrity Bodyguard from www.TheBodyguardGroup.com.

Watch for a special Celebrity Cameo in this Episode Pilot.  Owner Kris Herzog of The Navy SEAL Bodyguard Group & The Bodyguard Group of Beverly Hills is currently taking meetings to start a NEW reality show about their Navy SEAL Team members working as celebrity Bodyguards and the 45 year history of protecting and being in the inner circle of the World’s Rich & Famous.

Kris Herzog has just written a book about his life and protecting Celebrities, Kris has NEVER signed a Non Disclousure Agreement in his 27 years and a preview of his book can be found on his book & movie preview site:  www.KrisHerzog.com  and www.TheBodyguardGroup.com .