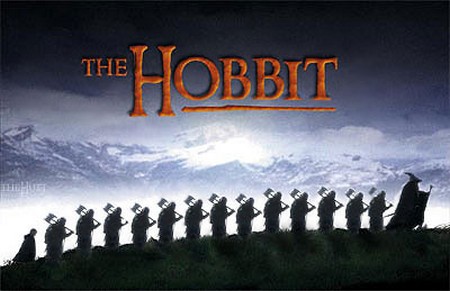 The upcoming two part film The Hobbit is giving New Zealand an amazing opportunity for attracting more tourism, since it will be drawing more people to visit New Zealand than the Rugby World Cup ever could, says an architect who is a part of the 100 per cent Pure campaign.

George also added “One of the things we have to do is get to understand the psyche of people who want to come and see it,” he told a meeting of tourism figures in Hamilton yesterday. This is bigger than last time. You need to be actively aware of what it looks like, what the story is. You need to talk about Hobbits, put on hairy feet. Do whatever you can to make sure that when people come to this place that you absolutely embrace it, that you ‘get it’. Frodo Baggins is going to be more important to tourism than Daniel Carter kicking off in the Rugby World Cup.” I’m one of those people who will be visiting New Zealand mainly because that’s where The Lord of the Rings was filmed, where The Hobbit is being filmed and for the beautiful scenery found there.

Goerge said that Waikato businesses were very lucky to have Sir Peter Jackson’s Hobbiton film set, the set of The Shire, which has 44 Hobbit holes in total, was first built on Russell Alexander’s farm near Matamat for the Lord of the Rings trilogy in 1999. The set was supposed to be bulldozed but Russell instead turned the set into a tourism venture, Hobbiton movie set and Farm Tours.

When filming began for the prequels to the trilogy, The Hobbit: An Unexpected Journey and There and Back Again, last year the set was rebuilt but this time using permanent materials so that they will remain to attract more tourism. More people have planned a holiday in there after seeing the movie’s locations on the big screen. Wellington’s Weta Cave is a mini museum and it’s joined on to Wet Workshop the special effects artists behind Lord of the Rings: Fellowship of the Ring, The Two Towers and The Return of the King as well as Avatar.

Hobbiton alone, is the home of Frodo and Bilbo Baggins, was the premier location of all the Middle Earth locations in New Zealand, by its self its attracted around 266,000 people in the past 12 months and I’m not surprised at all since Middle Earth is one of the most interesting places I’ve ever seen.