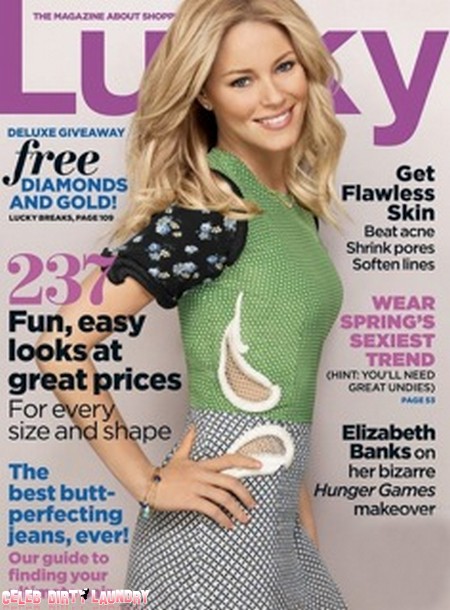 “30 Rock” Funny woman Elizabeth Banks is opening up in February’s edition of Lucky Magazine about love and her inability to catch any luck when her and husband Max Hendelman were trying to get pregnant. “It was a womb issue for me,” she admits. “Embryos wouldn’t implant.”

Banks, who’s 9-month-old Felix was born in March spoke candidly about her experience using a gestational surrogate, admitting that—unlike some—she has no plans to cut the surrogate out of her families life: “It’s a big leap, inviting this person into your life to do this amazing, important thing for you,” Banks explains. “And it’s hard losing that kind of control. But our surrogate is so extraordinary, and she’s still in our lives. She’s like an auntie.”

Banks, 37, who will soon be in theatres starring as Effie Trinket in the much anticipated “Hunger Games” also shared how that any kind of pampering has gone out the window for her post-baby, “I am the least looked-after I’ve been in quite some time,” she said. “Normally, for photo shoots, I get a full wax, some tanning, a facial. But this time I’ve done nothing.”

The “What to Expect When You’re Expecting” actress described the close relationship she has with son Felix, stating that she’s had no difficulty bonding with the little man. In fact, she told the mag that she hopes to be the kind of mom who can one day share a high-octane life with him when he’s a teenager. “My plan is that when Felix is 15, we’ll go skydiving together,” she shares. “I want to be that mom. The one who takes her kid skydiving.”

It’s a good thing Banks has been working hard on over three films. Gestational surrogacy isn’t cheap and can cost anywhere from $40000 to over $70000 in America today. But I think the actress would agree that the result is priceless!