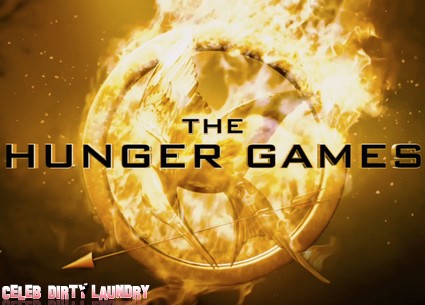 Watch out Edward and Bella…Katniss and Peeta are making their mark at the box office – and they don’t hit the big screen for another month. The Hunger Games movie has just broken an advance ticket sales record set by The Twilight Saga – Eclipse.

The hunger for the Hunger Games is insatiable. Fans had the first chance to get their hands on advance tickets on Wednesday. The advance ticket website Fandango went into virtual meltdown. 83% of sales were for the adaptation of the Suzanne Collins bestseller which will be released on March 23. That means hundreds of screenings have already sold out. As a result more sessions are being added across the US. Movie Execs are surprised by the   reaction for three reasons – it’s not a holiday release, it’s not a sequel and doesn’t star any A-listers.

There is major buzz about this movie starring Jennifer Lawrence, Josh Hutcherson and Liam Hemsworth. We’ve been drip fed trailers, promotional pictures and the soundtrack for months. So it’s not only fans of the books  counting down to March 23…the franchise has a legion of new followers thanks to a clever marketing campaign. And the final promotional blitz is still a week away. From March 3 the stars will tour malls across the country to spread the word about The Hunger Games. Celeb Dirty Laundry has the dates and details here The Hunger Games National Mall Tour

One person who’s already seen the film is raving about it – that’s Josh Hutcherson. He tweeted ‘I really, truly, love it. I’m bad about being able to say that too. Which says a lot. It tells the story perfectly and the acting amazes me‘ March 23 can’t come quick enough!