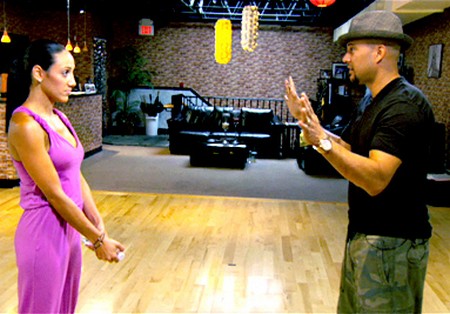 Tonight on Bravo is an all new episode of the Real Housewives of New Jersey. Melissa and Joe throw Antonia a lavish birthday party, bringing Teresa and Jacqueline face-to-face for the first time since their blowout. If you missed last week’s show called “Temporary Shrinkage” there is a full and detailed recap HERE for you!

Spoiler alert: If you’re one of those people who doesn’t like spoilers, stop reading now! We have some juicy spoilers for you about the season 4 episode 11 of Bravo’s “The Real Housewives of New Jersey!”

The last time we saw Teresa and her brother, Joe, they finally went to therapy, but both of them could not seem to get over the past. Jacqueline and Caroline also discuss whether or not they would be including Teresa and her husband in their trip to Napa. Things got wild when Kathy and Rosie hit up the gay bar scene together, and a surprising visit from Rosie to Teresa, shows that not all of Teresa’s family has given up on her.

On tonight’s show Melissa and Joe throw Antonia a lavish birthday party, bringing Teresa and Jacqueline face-to-face for the first time since their blowout. New relationships blossom as Kathy’s sister Rosie invites her new girlfriend to meet the family, and Caroline’s son Albie introduces his cheerleader girlfriend to their family as well. Melissa Gorga learns some dance moves from one of the best in the business, Cris Judd.

Tonight’s episode is going to be filled with the usual Housewife drama and you won’t want to miss it, so be sure to tune in for our live coverage of the show tonight at 10 PM EST!  While you wait for our recap hit the comments and let us know what you think of “The Real Housewives of New Jersey” season 4 so far!  Also we have a sneak peek video of  tonight’s episode “The Sniff Test”  below!

Tonight’s recap: Melissa and Joe’s daughter, Antonia, is turning six so they have a huge party planned. Joe calls Melissa, “High maintenance” which is no joke. Teresa has her kids making a card for Antonia. I love how she dresses her girls identically- and by love I really mean hate. I hate it. Itty bitty Melania, calls Joe Giudice “a big poop” and rather than correct his daughter, he just walks away. Mini-Teresa has arrived.

Joe Gorja decides to tell his mother in law about his therapy session with Teresa. He feels it went terrible. At this point he hopes they can move on and just love each other. Joe is pretty positive that therapy isn’t for him. Melissa supports the therapists’ idea of starting the family dinner tradition again. She decides she’ll invite Teresa over next week.

Antonia’s party is crazy. Bounce houses, jump equipment, an ice cream truck, you name it it’s there. Teresa and Melissa talk about getting together for dinner. Melissa will cook and Teresa is saying it’s a good idea, but she’s not very convincing. Rosie tells Melissa about her escapades at the gay bar a few days before. Melissa seems like she really does regret not tagging along.

Jacqueline decided she would bring her son to the party and she literally walks circles around Teresa to avoid any kind of conversation. She appears to handle it okay, especially since she is so upset with Teresa.

Melissa is prepping for a show at a music fest and she has pulled in Cris Judd (J-Lo’s ex) to help her with choreography.  Meanwhile in a different studio, Teresa’s daughter Gia is running through a hardcore practice for the same festival.  Gia actually makes the final cut and Teresa is over the moon.

Caroline’s son Albie is dating a rah-rah cheerleader named Lindsay.  Every scene about Lindsay features someone mentioning that she’s a cheerleader.  That’s pretty much all we know about her.  Caroline thinks she’s sweet but then kind of rolls her eyes.  She worries that Lindsay will want to be the center of attention when Albie makes work the center of his world.

Next time on Real Housewives of New Jersey  we’ll get to see who does better performing at the festival, Melissa or Gia!