The Simpsons Celebrate A Milestone – 500 Episodes

BY Melanie Usher on February 19, 2012 | Comments: one comment
Related : The Simpsons, TV 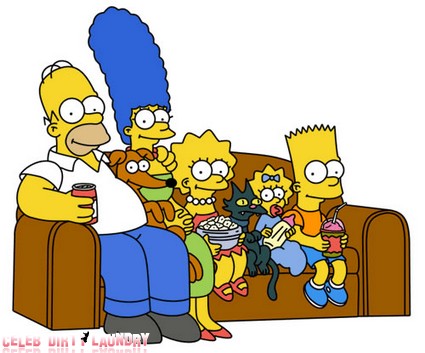 Our favorite cartoon family – The Simpsons – are about to celebrate a pretty awesome TV milestone. The 500th episode will air on Fox tonight. That’s a lot of donuts and Duff beer for Homer!

It’s hard to believe we’ve followed the adventures of Homer, Marge, Bart, Lisa, Maggie and the many residents of Springfield for so long! The show debuted as a half hour cartoon on December 17, 1989 which makes it the longest running animated series on American TV. Time even labeled it the Best Television Show of the 20th Century. The family also have a star on the Hollywood Walk of Fame.

Tonight’s historic episode from Season 23 is called ‘At Long Last Leave’. What is the episode about? Well we’ll see the family of five banished from their home town. There’s even an unusual guest voice – Mr Wikileaks Julian Assange. But before we get to that there’ll be a longer than usual opening credits to celebrate 500 episodes. Expect to see some of your favorite openers from throughout the years.

The Simpsons has come a long way and the story isn’t over yet. Last year a deal was signed to keep Homer and the gang on the air until at least 2013 Celeb Dirty Laundry covered the historic move here Fox Renews The Simpsons For Two More Seasons There’s also talk we’ll get another movie before the franchise finally gets put to bed. The guys who make the show sum up it’s success the best ‘It is just such a rich universe and the fact that the characters don’t age is key. I think if Bart was really 40 and living on his parents’ couch, it would be too sad.’