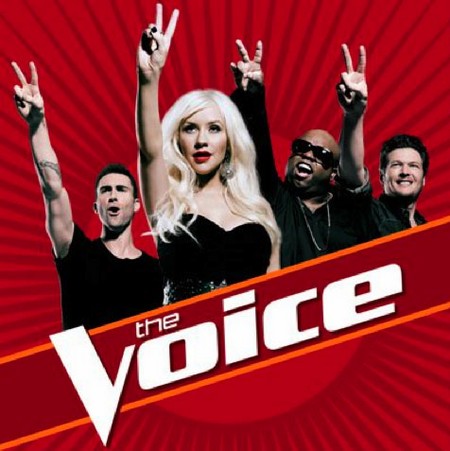 Tonight The Voice returns with the second week of the Live Performances of Season 2.  On last week’s first elimination show we lost Naia Kate, Charlotte Sometimes, Sera Hill and Moses Stone.  If you missed the episode you can read our full recap here!

The Voice printed a spoiler on their Facebook account: “Spoiler alert: this evening’s performances from #TeamAdam and #TeamCeeLo are going to be incredible.”  I cannot wait!

We will be live blogging The Voice tonight with all the up-to-the-minute details at 8PM EST so make sure to come back to this spot and watch the show with us.  Refresh often to get the most up-to-date results! While you wait for the recap check out a sneak peek video of tonight’s episode below!

Tonight’s Episode: Team Adam with Katrina Parker singing “Tonight, Tonight” by Smashing Pumpkins.  Great start to the show with a display of Katrina’s amazing voice.  Cee Lo says the song was not a good choice but she was very good.  Adam says she did a wonderful job – says she ‘killed it’ and he is pleased.  Christina says ‘a few pitchy notes’ but overall a great job.

Team Cee Lo and Cheesa sings “Don’t Leave Me This way” by Thelma Houston.  She really rocks.. . Blake liked it and he said it was like watchin’ Solid Gold.’  Adam says that it had Cee Lo written all over it.  Cee Lo says it was a good, wonderful, and he enjoyed it.

Team Adam has Tony Lucca singing “In Your Eyes” by Peter Gabriel.  Christina tells Tony that while it was a good performance it was one dimesional.  Adam loves this song and says Tony’s performance was honest – he  managed well.

Team Adam with Kim Yarbrough singing “Rolling In the Deep” by Adele.  Very passionate performance!  Blake says he thinks she goes sharp because she is so powerful!  Cee Lo thinks Adam made a poor song choice.  Adam admits the performance wasn’t perfect – hard to follow Adele…

Team Cee Lo has James Massone singing “Don’t Know Why” by Norah Jones.  Christina says she prefers a ‘more subtle approach’ from James.  Blake wanted to throw his panties in the air…  Cee Lo is proud and Blake is amazed and freaking about how good it is and thought it was such a cool performance.

Team Cee Lo has Juliet Simms singing “Roxanne ” by The Police.  Juliet is built for rock – she a classic rock voice.  Standing ovation from both Cee Lo and Christina!   This was a great performance!  Adam is jealous he wanted Juliet!  This was a top performance Christina loves Juliet’s her voice and Blake too… and so does Blake.  Cee Lo says WOW – She did an amazing job.

Team Adam has Mathai singing “Ordinary People” by John Legend.  She sounds great and does it all with ease.  Christina says it was a little too laid back for her taste but that did a good job – and owned the song.  Blake loves her confidence.  Adam praises her ‘magic’ and says he couldn’t be happier – what a good salesman.

Team Cee Lo has Tony Vincent singing “Everybody Wants to Rule the World” by Tears for Fears.  Cee Lo rises up and gives Tony a standing ovation.  Blake says he couldn’t focus as he was so enthralled.  Adam says it was too ‘vague.’  Christina says it had great performance value – she says she is from the pop world.  Cee Lo appreciates the art for its originality!  What does that mean?

Team Adam has Karla Davis singing “Airplanes” by B.o.B.  Karla might be overmatched with this song.  Christina was impressed saying she was surprised by the song choice and cowboy boots.  Blake: said she did as well as possible with the song.  Adam says Karla should have and could have done better… yikes!

Team Cee Lo has Erin Martin singing “Walk Like an Egyptian” by The Bangles.  The song does not showcase Erin’s voice.  Blake is bitching about the male strippers again…  Christina says Erin could have gone harder at the song.  Adam mentions that ‘Blake just bought a one-way ticket to boner town…’  Cee Lo says it is almost like a rap song.

Team Adam has Pip singing “When You Were Young” by The Killers .  Adam wants to see an image change to that of a rocker.  Christina tells Pip she appreciated the attempt but that he was trying too hard.  Adam wants Pip to take more chances and put it out there – to be grittier.

Team Cee Lo has Jamar Rogers singing “Are Ya Gonna Go My Way” by Lenny Kravitz.  The best of the night in my opinion – what a rocking good deal.  Earns a standing Ovation from Cee Lo and Adam.  Blake the performance was very good.  Cee Lo can tell the crowd loved it and Adam admits that this is what the show is all about.

Carson tells everyone that it’s time to vote – so vote you must!  Which 4 contestants will be eliminated Tuesday?  Have a great night folks and come back tomorrow at 8pm Eastern for our live recap of The Voice Elimination Results!