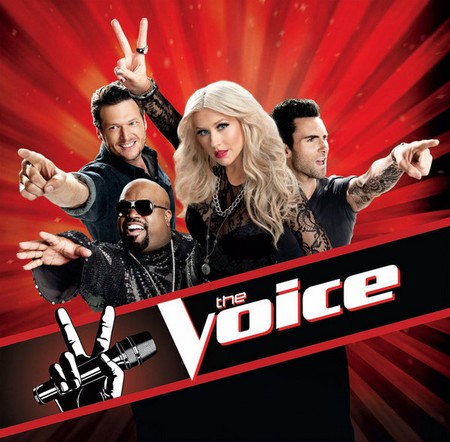 Tonight The Voice returns Part 2 of Season 2 of the Battle Round.  Encouraged by their coaches and superstar advisors, the contestants pair up to sing do-or-die duets. We had some great battles last week.  The winners of last week’s battles were Tony Lucca for Team Adam, Chris Mann and Jesse Campbell for Team Christina, RaeLynn and Jordis Unga for Team Blake and Cheesa for Team Cee Lo.   If you missed the episode you can catch our full recap here!

I am really loving The Voice this is the first season I have watched it.  What makes The Voice different than other singing reality shows is there are coaches and not judges.  On tonight’s show the battles continue and it is suppose to be an intense episode.  Best friends Jamar Rogers and Jamie Lono prepare to battle it out.  Jamie admitted on the Today show. “We became friends during the blind auditions; I call this guy my little brother.”  Jamar said: “My heart just dropped when I found out we had to sing against each other.”

Meanwhile NBC just announced its live portion of The Voice, which will kick off with the first live performance show Monday, April 2,  will air against Dancing With The Stars’ performance edition.   They are brave because they will also go head to head with The Voice live elimination round on Tuesday, April 3, which will be at the same time as Dancing With The Stars‘ result show.  Which one will you tune in to?  Hit the comments and let us know your thought!

Tonight’s Recap:  Tonight 12 more artists will take the stage but only 6 will make it to the final rounds.  Christina’s 8 remaining members are assembled and waiting to find out who will be battling.

First up tonight is Geoff McBride and Sera Hill  they will sing Chain, Chain Chain by Aretha Franklin.  Geoff gets to work with Lionel Richie and he is extremely nervous to meet Lionel.  When he sang the first notes Lionel was blown away.  Lionel thinks he has the voice all he has to get is the swagger and the personality.  Sera gets to work with Jewel.  Sera is really going for it and she has the voice and the personality.  Jewel tells Sera she can win if she brings her personality.

They are both fantastic – I don’t know how they are going to pick between them.  Cee Lo was pleasantly surprised – he thinks they worked like a group together.  Cee Lo chooses Geoff.  Blake feels they can both sing the crap out of the song.  Blake chooses Sera.  Adam felt like Sera was like a show but Adam felt Geoff brought it.  Christina thought they both brought it tonight.   Christina chooses Sera as the winner of the battle.

Next up is Blake’s Team and he is ready to put up 2 of his team members.  Blake chooses Charlotte Sometimes and Lex Land and they are going to sing Pump up Kicks by Foster The People.  They meet with Blake to divide up the song.  Charlotte is really out there and Lex is a lot quieter.  Charlotte meets with Kelly Clarkson who watched Charlotte’s live performance and really liked her.  Lex seeks advice from Blake’s wife Miranda Lambert and Lex is excited.  Miranda think that Lex is more confident than she is showing everyone.  Blake is afraid Charlotte will intimidate her.

Christina thinks Lex has a sexy voice with breathy and airy tones.  She thinks Charlotte is sexy on the stage.  Cee Lo loves Charlotte’s confidence and he would pick Charlotte.  Adam felt both of them had great rapour.  Adam would choose Lex.  Blake said Lex shocked him and Charlotte has great stage presence.  He heard one little pitchy thing in the song and Charlotte had control through the song.  Blake chooses Charlotte to move ahead to the live shows.

Cee Lo chooses Juliet Simms and Sarah Golden to battle it out.  They will be singing Stay With Me by Rod Stewart.  Sarah will get some advice from Babyface.  Babyface thinks Sarah has to keep the country in her voice and be unique.  Juliet gets to work with Ne-Yo – he tells her she has an incredible voice but she has to pick her spots to belt it out.

Adam thought it was awesome  but he would definitely choose her.  Blake loved Sarah – he thinks she is so versatile and she can do anything.  Blake chooses Sarah.  Christina thinks it was interesting – she does not think the song did her justice.  Christina chooses Juliet.  Cee Lo thought Sarah killed it but he would prefer to have both of them if he could.  Cee Lo chooses Juliet to move ahead to the live round.

Adam’s team wait for the names of the two people who will be battling.  He chooses Whitney Myer and Kim Yarbough and they will sing No More Drama by Mary J Blige.  Adam tells the ladies they have to be careful not to get disconnected from the song which is about strong women.  Whitney meets Alanis Morissette to mentor her.   Whitney asks Adam and Alanis what she can do to be better than Kim because Kim has a lot more experience than her.  Kim gets to be mentored by Alan Thicke and she is really excited.  Kim loves the song because she can relate to it.  The only problem Alan sees is she is missing some of the tension in the song.

They were both fabulous but I am rooting for Kim.  Blake thought that their performances were awesome – he thought he was watching a diva contest.  He thinks it is the best that he has seen – he picks Carson LOL.. Christina thought Whitney was confident in her tone.  Cee Lo thought the song was fit for a grown women to sing and he picks Kim.  Adam says they are both great singers.  He believes they both have bright futures ahead of them.  The winner of the battle is Kim, she will move ahead to the live show.

Team Christina is nervously awaiting the next team pairing.   Christina chooses Lindsey Pavo and Lee Koch who are singing Heart Shape Box by Nirvana.  Lindsey knows the song but Lee does not so he feels he is behind her.  Lee gets to rehearse with Jewel.  Christina tells him he has to connect with the song and he should go to his hotel room and get into it and then make it his own.  Lee is worried he feels he has to work hard and step up to the plate.  Lindsey meets with Lionel to go over her song.  Christina worries she gets into the song in her head but she needs to bring it out and engage.

Cee Lo thought the song was cool and he likes when something is unique but he thought neither stood out.  However he will go with Lee.  Adam like the performance he thought it was creepy and good.  Adam picks Lee.  Blake feels stupid because he does not know the song.  Cee Lo tells him he has to get out of Oklahoma now and then LOL.  He chooses Lindsey.  Christina is impressed with Lee because he put Lee into the song.  She felt that Lindsey did what she wanted.  She is a fan of both of them.  She chooses Lindsey to move ahead.

Cee Lo’s team is waiting for their pairing and he chooses Jamar Rogers to battle against Jamie Lono and they will be singing I Wanna Know What Love Is  by Foreigner.  Jamar and Jamie are best friends so it makes it an emotional battle.  Jamie gets to work with Babyface – Jamie’s voice is fragile and it keeps cracking.  Babyface feels Jamie needs more confidence and he thinks it is going to be a problem.   Jamar is rehearsing with Ne-Yo – he tells Jamar that the song is more about emotion than technicality. Jamar is sure he can draw enough emotion.

Adam felt like Jamie was in his zone – but he lost it a bit.  He felt Jamar owned it and he felt he was ridiculously good.  Blake loves Jamie’s vibe.  Christina felt he had a wonderful tone but he lost it.  Christina loved Jamar and he would be her pick.  Cee Lo says the decision is difficult.  He felt Jamie was so nervous and he felt Jamar was powerful and displayed confidence.  The winner of the battle is Jamar and he is going to the live show.