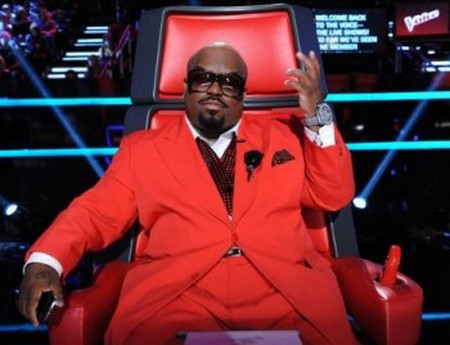 Tonight The Voice returns with ‘The Quarterfinals.’  On last week’s show Team Blake and Team Christina put everything on the line to get America’s votes.   On our last elimination show we lost Jesse Campbell, Jordis Unga, Erin Willitte and Raylynn.  If you missed wither of the episodes you can read our full and detailed recap of the performance show here and the elimination show here.

Tonight the remaining artists will sing and then Adam and Cee Lo must instantly decide who’s out.  So the format of the show will have the same format as last week’s show; both Adam Levine and Cee Lo Green will have to eliminate someone from their team in the “instant elimination” round.  So by the end of the show we will lose two more contestants.

Cee-Lo Green hits the stage tonight in the world premiere performance of his new single, ‘Fight to Win.’  CeeLo takes the stage not once, but twice! As previously announced, CeeLo will also perform alongside the artists on his team for the first time this season.

Come back at 8p.m. when we will be blogging LIVE; you won’t want to miss what goes down.

Tonight’s Recap:  Carson Daly is asking why the coaches are all laughing… and Adam says: ‘something’s going on back there’ and Cee Lo pipes in: ‘I’m nervous I have gas’ and pulls out his portable fan… talk about appealing to the lowest common denominator.

Adam brilliantly follows Christina’s ‘Follow your heart’ with ‘Just follow your fart.’ Good thing they get paid to make music not humor.

Carson announces that tonight will they will have the reunion of Cee Lo’s debut group Goodie Mob with their brand new single – can’t wait.

Cee Lo tells his team to ‘listen to the love’ and the crowd goes wild! Jamar weeps…

Sprint Lounge – Christina Milian is live with Jamar and his mother – and she actually says on live TV that she is amazed that Jamar lived to see his 30th birthday after his drug problems – OMG. Is nothing private – is this something we need to hear? What a soap opera…

Blake asks Adman what he is going to do since it was a great performance.

Christina says she did a fantastic job and should own who she is.

Cee Lo: makes a remark about ‘owning yourself ‘saying that he is often confused at the airport with Brad Pitt. Maybe Brangelina and all the kids hiding under a Persian carpet…

Adam: says that Kat was not one of his favorites at the start but she has evolved.

A bouncy fun performance – all good.

She is simply a great singer – I am awestruck.

Adam thought the song was great but didn’t care for the props.

James relies on his charm and good looks – it won’t work!

Blake says the singing was good but dull – he is right.

Christina was looking for more – something different.

Adam counters with ‘I loved it a lot.’

Cee Lo says ‘Blake’s an old man Christina’s a woman, Adam’s a lady killer so he gets it.’

They are wearing grills… what can I say?

The crowd is gives a wild standing ovation and Carson comments ‘That was like Bieber loud.’

Adam is very proud and says it was refreshing.

She is perfect simply a super talent.

Christina says that she respects Cheesa for her courage – she loved it and says Team Cee Lo is where it is at!

Cee Lo says ‘it is a woman’s song – no auto-tune here – this is from the gut stuff!’

Team Adam with Pip singing ‘Somewhere Only We Know’ by Keane

Pip screwed up big time – a bad job – he will be in trouble .

Adam tries to make it better than it was saying nothing’s perfect.
Adam’s Team Performance doing ‘Instant Karma’ or ‘We All Shine On’ by John Lennon

Great song but not a great performance.

Christina says she goes at it hard – she roars.

Adam says it stupid part of the job

Still on the team

Fair elims – Two singers are still in danger one form each team based on the votes.  Come back tomorrow at 9PM EST for the eliminations and Florence + The Machine – and see Katy Perry’s new BF Robert Ackroyd maybe she’ll show up!!!