The Walking Dead Is On A Killing Spree (POLL) 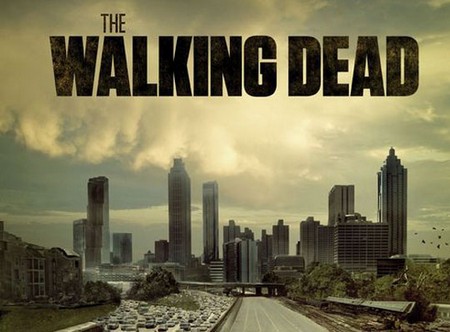 If you thought the killing was over on The Walking Dead, you were wrong! Two “major” deaths is a lot and don’t think fans are going to get a break, there will be more in the finale, it’s turning into a virtual “killing spree”.  Did you watch last week’s episode?  We did and we recapped it here for you!

Sunday is the finale of season two and when the killing continues will they kill off a pregnant woman, even if Lori isn’t very popular? Would that be going too far for even for The Walking Dead?

The Walking Dead boss Glen Mazzara promises that there will be a lot more bloodshed, no characters are safe and if you can believe it, he has even examined killing every character on the show! Wow, can that really be possible? What would the show be without all of the great characters that haven’t turned into walkers yet?

Mazzara goes on to say that diehards will be counting the days till season three in October, they are setting up emotional stories that open up new stories that will leave us with questions.

Rick has now really taken action as the leading man and leader of the group. It will be interesting to see how he handles everything Sunday when the group is attacked by a swarm of walkers. Will Rick be willing to put his own life on the line for Lori, their unborn child and Carl?

Now I’m wondering what will happen to Carl since he is now a gun toting tot. He’s growing up in a world where the pre-apocalyptic world is a very distant memory, I think he is definitely going to turn into a badass, what about you?