The Warlock Is Back On Drugs! Charlie Sheen Snorting Cocaine Every Day 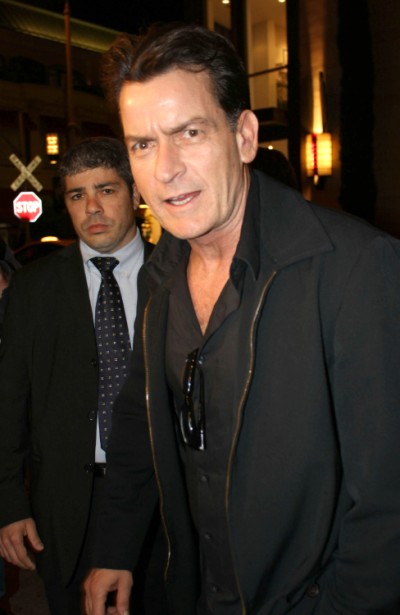 I hope this isn’t surprising to you. The dude looks like he eats coke for breakfast, lunch and dinner so I’m definitely not scratching my head over reports saying that Charlie Sheen is back on crack because to quote Whitney Houston, “Crack is whack” but to also quote Rick James, “Cocaine’s a hell of a drug.”

Did Charlie ever quit in the first place? I know he went to rehab and used his special powers to relax for a bit but I think he just quit the crazy – not the drugs so much. And according to Radar his drug use isn’t really interfering with his amazing life of making millions and watching tons of porn and being a fairy godmother to women with unhappy vaginas. “This one girl that Charlie really likes had insecurities about her vagina so she begged Charlie to get her a vaginal rejuvenation surgery to make it prettier. And he did. He got her the surgery, and he also bought her a new car. When Charlie gets his coke he immediately cooks it with baking soda in his bathroom to make crack. Then he smokes it out of a makeshift pipe that he made out of a Fiji water bottle! He’d get so high he was just absolutely out of his mind, mumbling incoherently and tweaking. Then he would just space out, not talk to anyone, and watch porn. Sometimes he’d give his friends that party with him a grand or two just because he thought they were cool. And he always offered to share his drugs. He just wanted everyone to join in the party. There were always a bunch of young girls and random guys around. Charlie will always be a partier. It’s just who he is.”

Are you bored with the millionth Charlie Sheen back on drugs story? Does the image of Charlie Sheen snorting cocaine every day offend you or are you over what he does during his personal time?