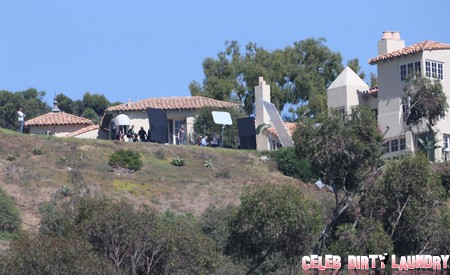 The X-Factor USA is quickly steaming ahead to the much anticipated live rounds of the competition. Last night, we learned who made it through to the judges’ houses phase of the competition and luckily, almost all of our favourites made it through. The acts were divided as follow – Demi Lovato, Young Adults. Simon Cowell, Groups. Britney Spears, Teens. L.A. Reid, Over 25 group.

Celeb Dirty Laundry is bringing you the full performance review of the last night, including our scores, our commentary and our predictions. Read below for the full review!

Jennel Garcia – Mentored by Demi Lovato – I Kissed A Girl by Katy Perry: Jennel, one of our early favourites, took on the song that catapulted Katy Perry’s thin and off-pitch voice to worldwide fame. The performance, in front of Demi Lovato and Nick Jonas, was above average. Jennel’s been able to control her voice extremely well, without losing pitch and/or falling into self-indulgence. Unfortunately, this time around, Jennel lost the chorus halfway through and missed her pitch several times. Her performance wallowed in the karaoke arena for several seconds before slicing up again and taking the song by the chap sticks. Jennel’s voice is unique and has a very well placed crack near the controlled upper register, which gives her a mature tenderness. We’re giving Jennel an unfortunate 3 out of 5 for this performance.

Willie Jones – Mentored by Demi Lovato – Nobody Knows by Kevin Sharp: Willie Jones performed this song during the battle rounds of the Boot Camp phase of the competition, but unfortunately lost his lyrics (and his mind) halfway through his performance. This was Willie’s opportunity to redeem himself. Luckily for us, Willie did. He delivered a pitch perfect and cold chills performance that was infused with the most beautiful of melodies. There was an unparalleled technicality to Willie’s voice as he caressed the difficult notes. His performance was tinged with a strong lower vibrato and deep, heartfelt emotion. We’re giving Willie 5 out of 5 for this emotive performance.

Jillian Jensen – Mentored by Demi Lovato – Gravity by Sara Bareilles: Jillian has been one of the front runners of the competition, especially after her emotional breakdown during the audition phase of the competition. She is one of my personal favourites with her husky, controlled and lively voice. Jillian delivered an above average performance at this final pre-live audition. Her voice reached the upper stratosphere with ease, but dipped down into the lower, less controlled register and crashed into the sides of the pitch, always hovering just above the off button. This extremely difficult song did not do Jillian any justice, mostly due to the theatricality of the performance. We’re giving Jillian a very, very unfortunate 3 out of 5.

Nick Youngerman – Mentored by Demi Lovato – Tik-Tok by Ke$ha : The under-the-radar Youngerman was slightly self-indulgent in his opening, but picked up the catchy beat with the opening verses. It was the worst Judges’ Houses performance ever. Literally. Ever. We have no idea how Youngerman made it this far. The performance was overly self-indulgent and came across as a seedy club’s vanity project. No. No. No. We’re giving him the lowest score of the night, a terrible 0 out of 5.

Paige Thomas – Mentored by Demi Lovato – Turn Up The Music by Chris Brown: Paige has had a rather rough ride in The X-Factor. She’s been suffering from weird pitch, low self-esteem and a general lack of confidence. Our main irk with Paige is her carbon-copy Rihanna performances. Paige isn’t as fresh as she was when she first auditioned. She slaughtered the song with strong vocals, but if Paige doesn’t pick up the confidence, she might be missing out on the biggest gig of her life. She also needs to drop that damn Rihanna act! We’re over it, so we’re giving Paige 3 out of 5 for vocal control.

CeCe Frey – Mentored by Demi Lovato – I’m Sexy And I Know It by LMFAO: Once again, we face the monstrous CeCe Frey. The most annoying human being since Kim Kardashian made it through on her self-confidence and weird, guttural vocals. Demi called her “borderline unlikeable” and we couldn’t agree more! Can’t she just drop the neurotic and maudlin caricature act? Her performance (wait for it) was actually extremely good for the first time during the competition. The sexy arrangement gave us the true CeCe for the first time and even though it destroys us to say this, we think CeCe was the best of the group.  Her guttural and over stylized vocals fit like a puzzle in the grand scheme of the competition. It was jazzy, sensual, cheeky and fun. Wow. We’re giving CeCe 5 out of 5.

Emblem 3 – Mentored by Simon Cowell – Rich Girl by Hall and Oates: The most discussed act in the whole competition had to face the strong critique of Simon Cowell. Their pitch was completely off, their performance was self-indulgent and they were just too “happy” for this song. It was like watching a group of shirtless guys at an island resort take up microphones and belt out a few karaoke songs. We’re giving Emblem 3 a horrible 2 out of 5.

Sister C – Mentored by Simon Cowell – Leavin’ by Shelby Lynne: This Texan sister group took on one of the most difficult country songs ever. Shelby Lynne’s perfect pitch required a certain amount of awesome, but unfortunately for Sister C, they failed at being awesome. Their harmonies were off, their voices were pitchy and they wallowed about in the average-group-look-at-me arena. Simon and Marc Anthony thought they were excellent. We disagree and hand them 2 out of 5 for this performance.

Lylas – Mentored by Simon Cowell – Impossible by Shontelle: This X-Factor super group, made up of Dinah Jane Hansen, Lauren Jauregui, Ally Brooke, Normani Hamilton, and Camila Cabello, was the best production idea since One Direction was made a super group on the UK’s X-Factor. The performance was the best performance of the season. Lylas is the super group to watch this year and enters the number one spot on the list of the greatest acts yet. We’re giving Lylas 5 out of 5 and a badge called “Perfection”.

Who was your favourite of the night? Let us know in the comments below who you would like to see make it through to the live rounds of the competition. Remember to bookmark Celeb Dirty Laundry for all of your X-Factor news, recaps, reviews and spoilers.